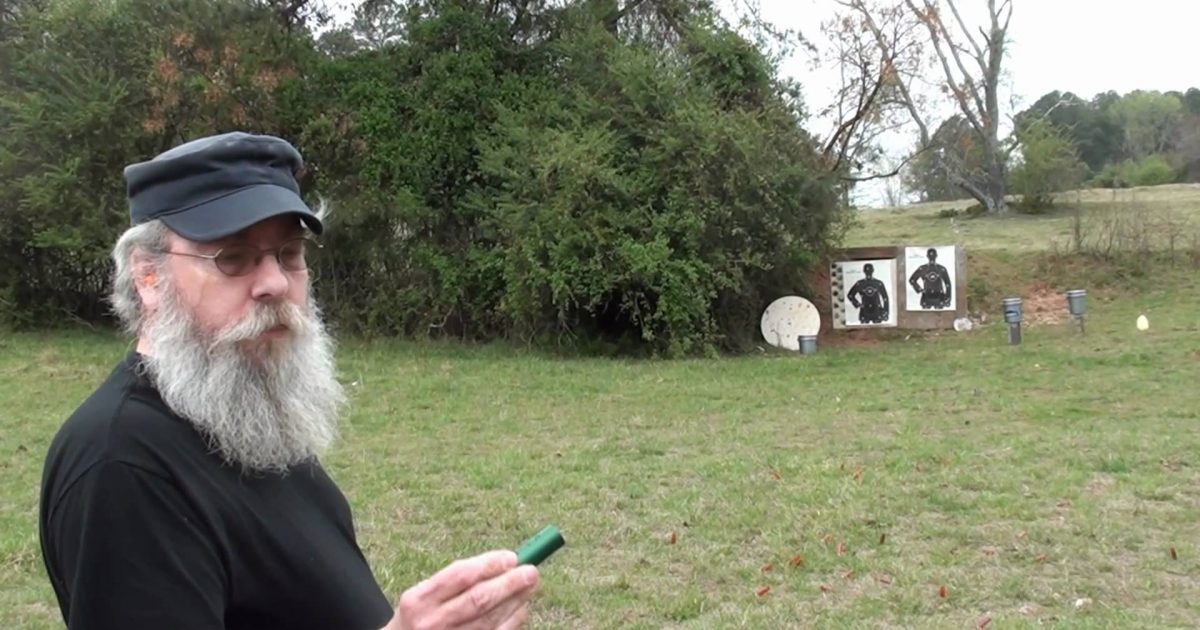 Have you ever heard of “Cut Shells,” also known as, “Poor Man’s Slugs?” The Cut Shell technique was popular during the Depression, as it provided more hunting functionality with a shotgun (normal shot shells when hunting birds, Cut Shells for larger game.) A 12-gauge Cut Shell becomes a .70 Caliber Glaser round! Enjoy!

“For Informational Purposes Only – Do Not Try This At Home.” – How does one make a cut shell?  Very simply, really.  Take a convenient cutting tool and cut around the circumference of the shotgun shell, the round way.  Make two cuts on opposing sides of the shell, all the way through the outer hull only.  Don’t cut into the innards of the shell; you don’t want to disturb those.  Make sure the two cuts don’t connect – leave a sliver of material between them, enough to keep the shotgun shell together.

However, you want to leave the remaining  connecting material thin enough so that it will easily separate when fired.  The best place to perform the cut is around the “shock absorber” portion of the inner  shot cup wad – this way you don’t chance cutting through the wad petals and having a bunch of shot fall everywhere.  Cut this way,  there is also minimal risk of getting into the portion of the shell that houses the gunpowder propellant.  Running a knife through there shouldn’t be a danger unless it sparks; the most pertinent danger is that gunpowder could be dumped out, igniting later at what could be a terribly inconvenient time.