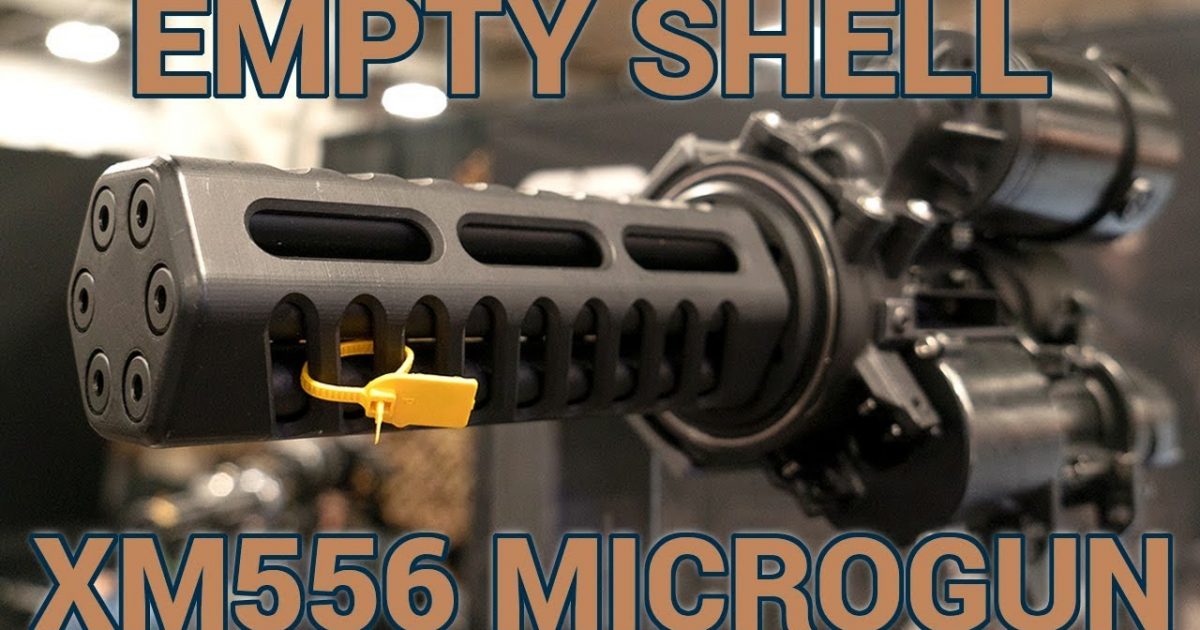 I’ve said it before and I’ll say it again, I’m always on the look-out for really cool toys…and this one certainly fits the bill !!  I mean, just imagine, having a ultra-compact minigun that you could put in a small backpack. I wonder when they’ll put-out a version for the civilian sporting gun market….we can only hope they do.

“Two years after generating a lot of buzz at the 2017 SHOT Show, Empty Shell returned to announce that their XM556 suitcase-sized minigun is going into full production.
Half the size of an M134 Minigun, the XM556 Microgun achieves it’s compact size by firing the smaller 5.56mm round. Traditional miniguns fire the 7.62mm round. Designed as a defensive suppression weapon, the XM556 aims to be cheaper and more flexible, albeit less powerful, than the original minigun that dates back to 1960,
According to Jeff M. Pitts, Empty Shell’s CEO and president, his company spent the last two years fine tuning and tweaking the gun. He expects the weapon to be in the hands of militaries in the next six months.
Although he couldn’t give exact details since they’re classified, he was able to point out a number of improvements that were made to the XM556 since it’s release two years ago. The gun’s barrels now rotate in either direction making it easier to clear jams. The gun can be fired at 90 degree angles up and down, as well as completely upside down. The rate of fire has been increased – somewhere around the 6000 rounds per minute mark.
Pitts was proud to say that the XM556 is a highly customizable weapon system that can be fit to a variety of platforms and vehicles. “You let your imagination run wild,” he said. “You tell me where you want it, and we’ll put it there.”
*Currently, the XM556 is only available to the military and law enforcement. You can stay up to date with XM556 developments by visiting the Empty Shell website.”
H/T – Guns.Com
Parler Facebook Twitter