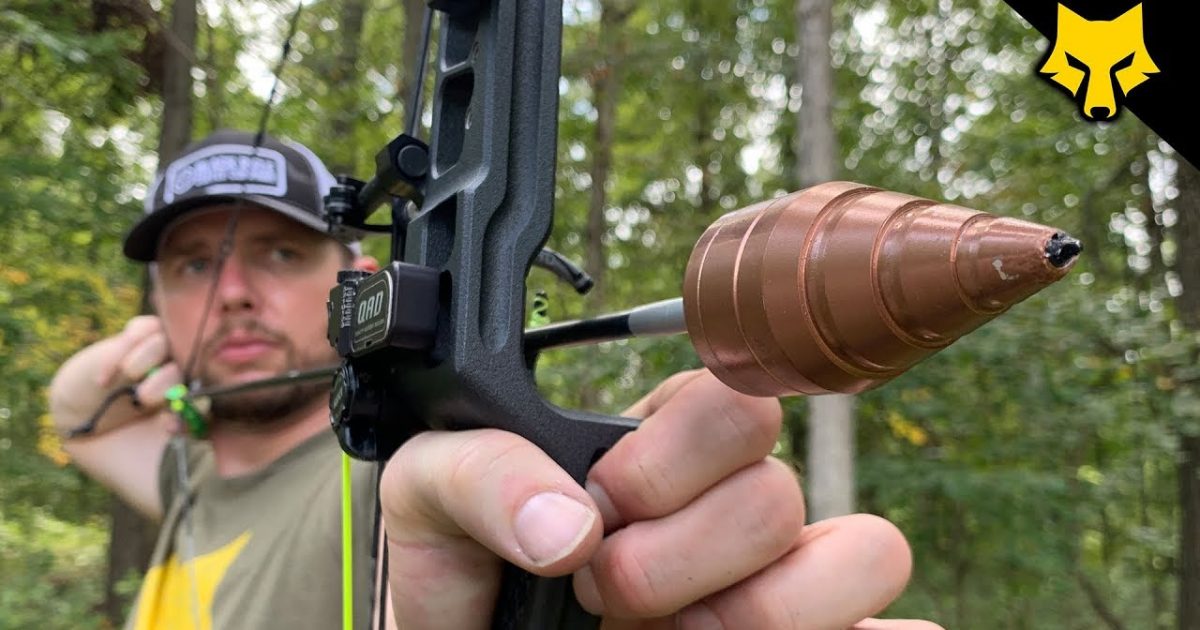 It was only going to be a matter of time until somebody got a bee in their bonnet and took a make-believe thing and turned it into a reality and I can think of nothing cooler, than John Rambo’s explosive-tipped arrows !!

And just in case you weren’t born until 1990, or you might have lived under a rock during the 1980’s let me give you a little ‘history’ on John Rambo’s exploding arrows, courtesy of  rambo.fandom.com.

John Rambo used these to wreak havoc on the North Vietnamese Army, using them to destroy convoys, kill soldiers with fire and personally kill Lieutenant Tay. He fired two at a convoy of NVA trucks, one at Lieutenant Tay, and two more into the gasoline-soaked dry field. He used them with his Hoyt Archery compound bow. Rambo had five explosive arrows in this film. The arrows from part two are shorter than the ones from part three and have more of a brassy color.
John Rambo escaped into the mountains with Colonel Sam Trautman. As they were navigating through the hilly terrain, Rambo noted that they were almost to the border. He heard a Soviet gunship coming and ran to the top of a mountain. Rambo quickly assembled the bow and screwed a Torque tip onto an arrow. He then drew the bow back and aimed at the gunship. The pilot was shocked by this, but before he had time to react, Rambo let go of the drawstring and fired the arrow at the helicopter, destroying it instantly in a massive explosion of fire and smoke.”

Now that you are up to speed, enjoy the video below.