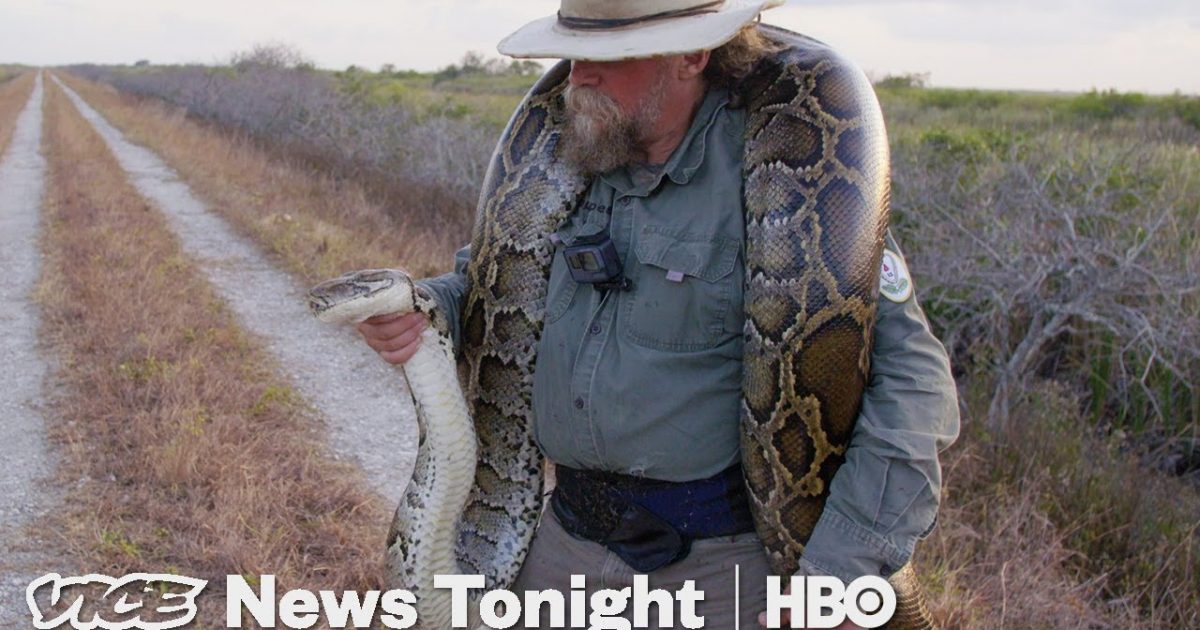 The staff here at Great American Outdoors cannot stress enough regarding the damage done here in the United States especially by invasive species. Over the years, there have been hundreds (perhaps even thousands)of people that have purchased (‘legally’ or ILLEGALLY) exotic pets and when it became inconvenient to keep them, instead of taking them to a wildlife refuge, or a zoo, they just released them into the environment and over the years the damage done by these invasive species has been devastating to the local wildlife.

I could spend the next hour naming all of these animals and the sheer havoc they have caused all over the country, but for the sake of time, we’ll only focus on one, the Burmese Python in Florida.

According to Wikipedia, the Burmese python is one of the five largest species of snakes in the world. It is native to a large area of Southeast Asia but is found as an invasive species elsewhere. Until 2009, it was considered a subspecies of Python molurus, but now is recognized as belonging to a distinct species. There is an incredibly LARGE population of these animals in the state of Florida and they are virtually replacing the native apex predators there.

VICE News had this to say:

The Everglades in Florida are plagued with dozens of invasive species, top among them is the Burmese Python. A pet sold in stores throughout the US, when it gets too big, or too old for its owner, it typically gets released into the wild. When this happens in Florida, where the Everglades tall grasses are identical to Southeast Asia, the animal thrives, breeding in huge numbers and eating whatever it wants thanks to a complete absence of natural predators. On the heels of a viral video showing a Burmese python wrestling and killing an alligator, the director of the South Florida Water Management District launched a program to hunt snakes throughout his district.

Python Elimination Program: The South Florida Water Management District Governing Board is taking aggressive action to protect the Everglades and eliminate invasive pythons from its public lands. Starting in March 2017, the Python Elimination Program incentivizes a limited number of public-spirited individuals to humanely euthanize these destructive snakes, which have become an apex predator in the Everglades. The program provides access to python removal agents on designated SFWMD lands in Miami-Dade, Broward, Collier, Hendry and Palm Beach counties.
For the sake of our environment here in the United States of America, if you do own an exotic NON-native species as a pet, if you don’t wish to keep it, DO NOT RELEASE IT into your local area, please take the animal to your local zoo, or find a wildlife refuge that will take the animal, it’s better for the animal in question and better for our wildlife environment here at home.
Facebook Twitter