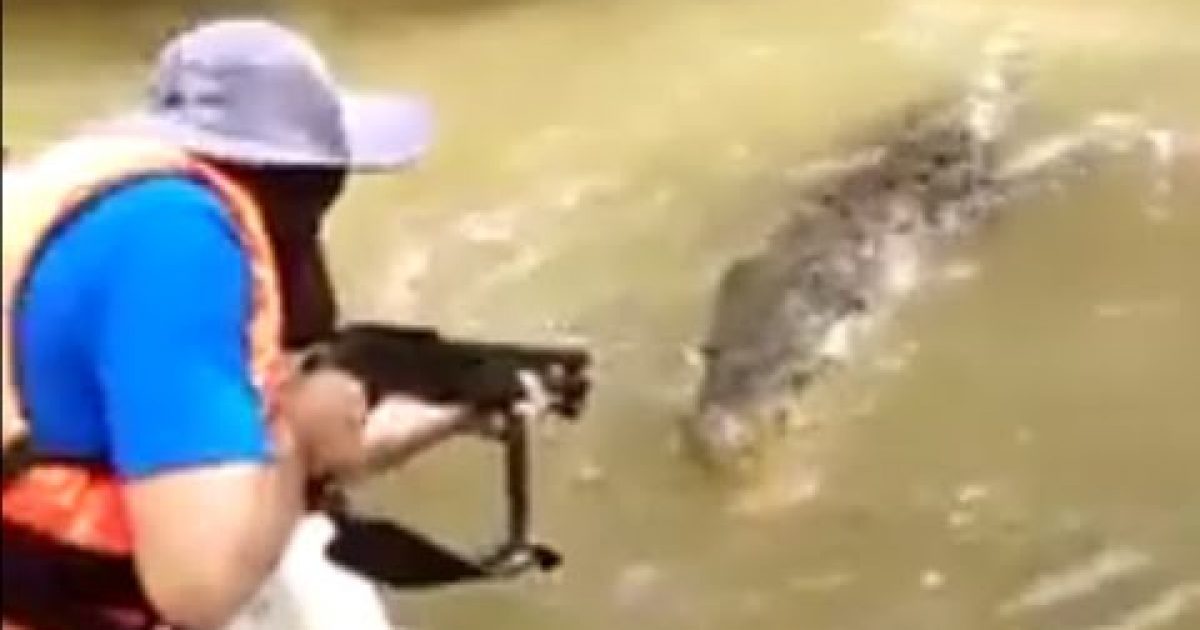 KOTA SAMARAHAN, MALAYSIA: Sarawak Forestry (SFC), in collaboration with the police, have killed a crocodile suspected to be the one that attacked and killed a local fisherman, in March of 2016.

SFC Swift Wildlife Action Team (SWAT) was deployed to the site immediately on being notified of the incident. The whole operation leading up to the capture of the suspected crocodile took a week and covered about 5 km, both up and down stream of the attack site. “The hook and line method was used to lure the potential culprit, with a total of 10 hook lines laid along the river bank where the incident took place,” said a statement from the CEO’s Office of SFC.

“This riverbank was also found to be a crocodile nesting and breeding ground and during the operations, at least 10 adult crocodiles were sighted within our operation parameters. So river dwellers are advised to exercise extra care when using this river and crocodiles warning signage will also be installed along this riverbank”, it said.

The increase in population of both crocodiles and people has given rise to conflicts, with both competing for use of the same scarce resources. To mitigate these conflicts, SFC is currently carrying out a state-wide Crocodiles Population Survey at all major river basins in the state to determine the crocodile population and distribution.

Certain areas which are used for water recreation and major waterfront are declared as Crocodile Free Zone (CFZ), where any crocodile found in these areas will be removed or trans-located to wildlife centers. The estuarine crocodile population in Malaysia is listed in Appendix I, of the Convention on International Trade on Endangered Species for Wild Fauna and Flora (CITES) and protected in Sarawak under the Wild Life Protection Ordinance, 1998.

There are 23 species of crocodilian in the world, with three recorded in Borneo, but only two are found in Sarawak; the estuarine crocodile found from the estuarine, to more than a 100 kilometers upriver and the more elusive and threatened false gharial, which lurks in the fresh water swamps of the more low lying areas. A hefty fine and a year in jail will be imposed if one is found guilty of hunting, killing, keeping, selling, or eating a protected animal in Sarawak.

There are however, provisions in the Wild Life Protection Ordinance, 1998, that allows them to be killed in self defense whilst the Controller of Wild Life may issue permit or licence to cull them in certain situations