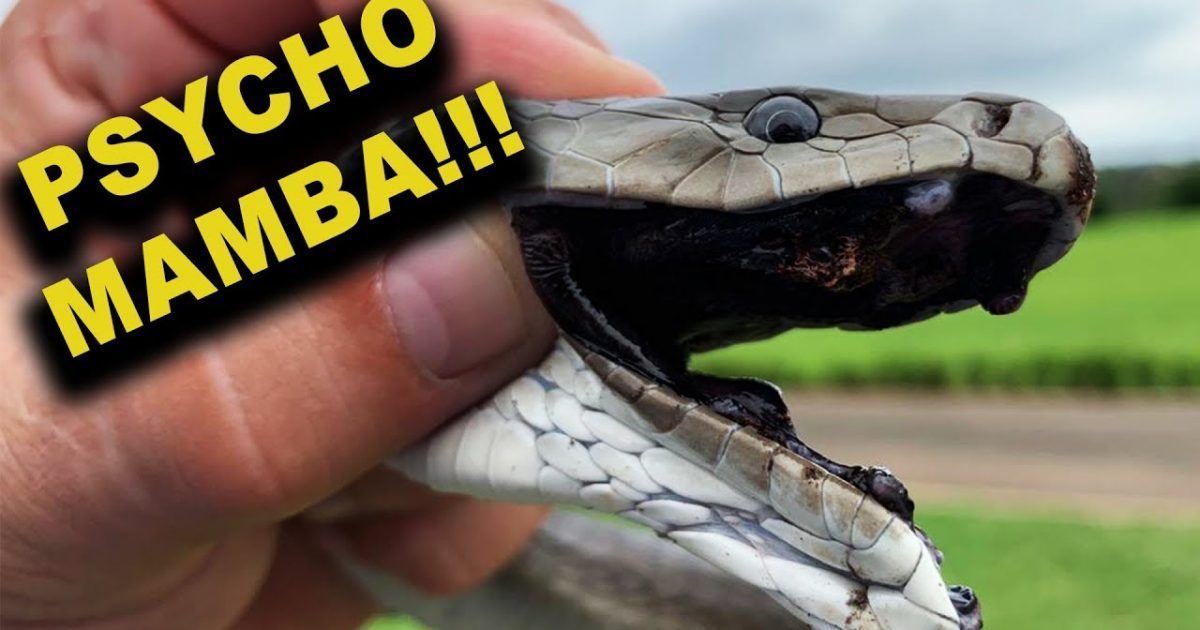 If you are a fan of ‘Dingo’ Dinkelman, then you’re in for one helluva roller coaster ride with the video below. I mean, what “sane” person would purposely go looking for one of , if not “THE”, deadliest snakes on earth just to catch the encounter on film for YouTube (this guy must have a death wish)??

Well, here’s what getitmagazine.com has to say about this madman :

“Funny and fearless, this 38-year-old award-winning Discovery Channel wildlife presenter is determined to leave the world a better place, even if it means risking his life in the company of some of the deadliest creatures known to man. This is something he attempted to do through a series of videos he launched on YouTube as part of the Cell C and Blink Pictures #BreakTheNet (#BTN) competition. Featuring a spitting cobra, black mamba, a rinkhals, some crocodiles, and a handful of South African celebs, the videos netted a whopping 165 000 views that earned him the winner’s crown. Dingo’s dream is to expand on the exposure he received and continue to promote the message of conservation through his passion and love for animals.”

Okay, that sounds reasonably cool,  but still, all of these guys like Dinkelman don’t seem to have a problem with putting their life on the line for some thrilling video and when it comes getting danger close to a Black Mamba….I say- “No Thanks”.

About the Black Mamba:

“Black mambas are fast, nervous, lethally venomous, and when threatened, highly aggressive. They have been blamed for numerous human deaths, and African myths exaggerate their capabilities to legendary proportions. For these reasons, the black mamba is widely considered the world’s deadliest snake. Black mambas live in the savannas and rocky hills of southern and eastern Africa. They are Africa’s longest venomous snake, reaching up to 14 feet in length, although 8.2 feet is more the average. They are also among the fastest snakes in the world, slithering at speeds of up to 12.5 miles per hour.”

Now for the crazy part…enjoy the video.