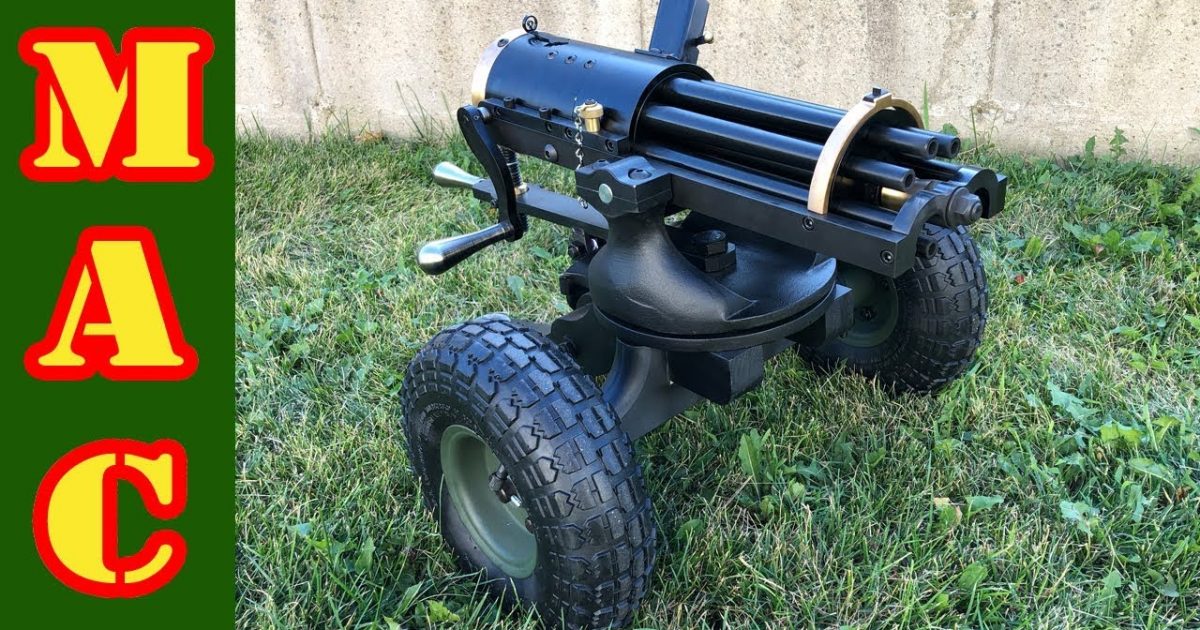 I’m always on the look-out for new toys and I found a doozy, in the form of  the 9mm Gatling Gun from Tippmann Armory. Now, everybody (or I ‘hope’ everybody at least) knows what a Gatling Gun is. But just in case there are some of you that don’t, here’s what history.com has to say about this iconic firearm.

“A hand-driven machine gun, the Gatling gun was the first firearm to solve the problems of loading, reliability, and the firing of sustained bursts. It was invented by Richard J. Gatling during the American Civil War, and later used in the Spanish-American War, but was supplanted by advanced weaponry soon after. Years later, the technology behind the gun was re-introduced by the U.S. military, and new versions of the gun are still in use today.The Gatling gun is a machine gun that consists of multiple barrels revolving around a central axis and is capable of being fired at a rapid rate. Gen. Benjamin F. Butler of the Union army first used the gun at the siege of Petersburg, Virginia, in 1864-1865.”

About the 9mm version of this piece…

The folks over at Tippmann Armory released a 1/3 scale version of an 1865 Gatling gun chambered in 9mm. It functions very similar to the real deal 1865 model Gatling Gun. It’s multi-barrelled, hand cranked, fires from the four o’clock position and spent casings drop out the bottom of the gun. And because making everything accept Glock magazines is in vogue right now, it uses Glock mags. If you want to buy one of these, then you can do so by clicking HERE.
Facebook Twitter