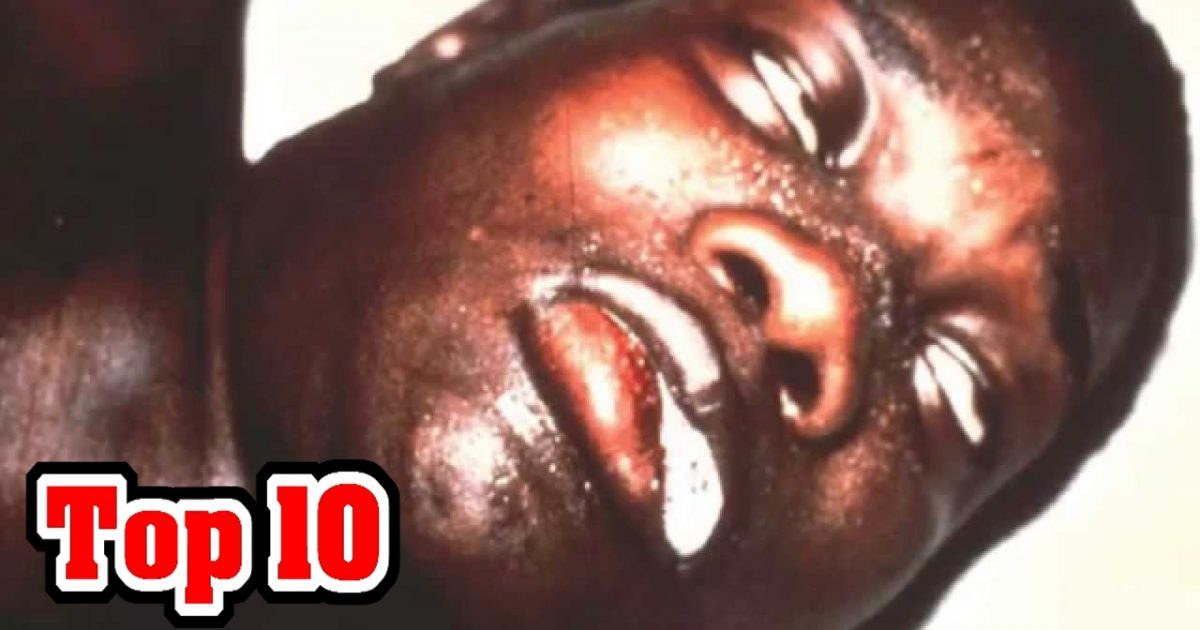 Facebook Twitter
*WARNING*  The video that is contained within this article have images that are quite graphic. If you have a weak stomach, then please click away and pass this particular article by, because once you have seen some of these creatures, you’ll never be able to UN-see them.
So, here you are, you got this far despite my disclaimer…good, that means your’re either very brave, or morbidly curious. Whatever the case, some of the creatures mentioned in this article are obvious, some are not and some…are just downright DISGUSTING. Hopefully you haven’t just finished eating, because some of the creatures on the list might just cause you to loose your lunch…so here we go…and remember…I warned you.
Human beings may be at the top of the food chain, but that doesn’t mean they don’t have to be wary of the world around them. People can perish in thousands of different ways, from natural causes, to some of Mother Nature’s finest predators. In the video below, from Top 10 Archive, we will look at some of man’s most predominant adversaries, listed numerically below, by highest yearly approximate death toll.

10. The Tapeworm : Cestoda is a class of parasitic flatworms, of the phylum Platyhelminthes. Biologists informally refer to them as cestodes. The best-known species are commonly called tapeworms.

9. Ascaris Roundworm: Ascaris is a genus of parasitic nematode worms known as the “small intestinal roundworms”, which is a type of helminth. One species, Ascaris lumbricoides, affects humans and causes the disease ascariasis.

8. Crocodiles: Crocodiles or true crocodiles are large aquatic reptiles that live throughout the tropics in Africa, Asia, the Americas and Australia. Crocodylinae, all of whose members are considered true crocodiles, is classified as a biological subfamily.

7. Scorpions: Scorpions are predatory arachnids of the order Scorpiones. They have eight legs and are easily recognized by the pair of grasping pedipalps and the narrow, segmented tail, often carried in a characteristic  forward curve over the back, ending with a venomous stinger.

6. The Freshwater Snail: Freshwater snails can be found throughout the world in habitats ranging from ephemeral pools to the largest lakes, and from small seeps and springs to major rivers. The majority of freshwater gastropods have a shell, with very few exceptions.

5. The Assassin Bug: The Reduviidae are a large cosmopolitan family of the order Hemiptera. They are slightly unusual among the Hemiptera because almost all are terrestrial ambush predators.

4. The Tsetse Fly: Tsetse, sometimes spelled tzetze and also known as tik-tik flies, are large biting flies that inhabit much of midcontinental Africa between the Sahara and the Kalahari Deserts

3. Domestic Dogs: The domestic dog is a domesticated canid which has been selectively bred for millennia for various behaviors, sensory capabilities, and physical attributes.

2. Snakes: Venomous snakes are species of the suborder Serpentes that are capable of producing venom, which is used primarily for immobilizing prey and defense mostly via mechanical injection by fangs.

1. Mosquitoes: Mosquitoes are small, midge-like flies which comprise the family Culicidae. Females of most species are ectoparasites, whose tube-like mouthparts pierce the hosts’ skin to consume blood. The word “mosquito” is Spanish for “little fly”.