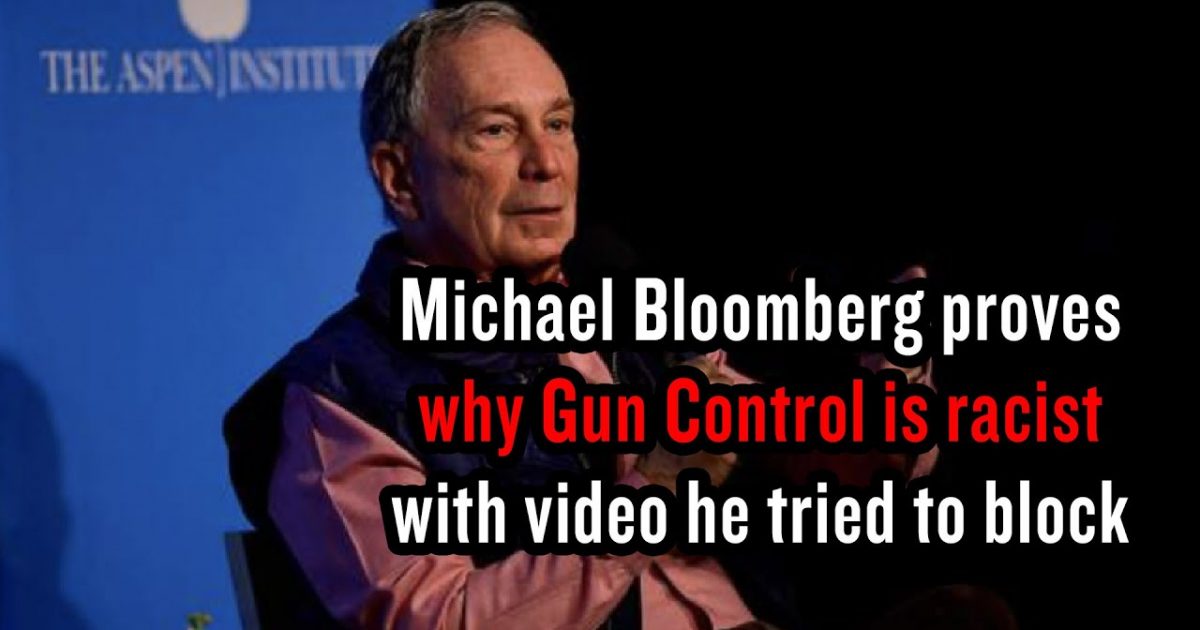 While I would love to publish more material that is just simply fun and entertaining, but given the political climate and considering what’s at stake,  I feel compelled  to use this magazine to expose the truth behind the Democrat campaign of misinformation and lies.

To me, no one stands out more, than the former mayor of New York City, Michael Bloomberg. Bloomberg Is spending hundreds of millions of dollars on his late candidacy for president and…he has given money to quite a few states that are already controlled by Democrats, to further his push to all but eradicate our God given 2nd Amendment right to keep and bear arms. Bloomberg has made NO SECRET about his belief that ordinary, law abiding citizens should NOT OWN FIREARMS.

In the video below, Michael Bloomberg proves why Gun Control is racist with a video that he tried desperately to block and prevent you from seeing. Michael Bloomberg representatives have asked the Aspen Institute not to distribute footage of his appearance in Aspen, where he made pointed comments concerning minorities and gun control.

Michael Bloomberg is an elitist & one of the prime examples of why no minority in the United States of America should be pro-gun control. From its inception, Gun Control was designed to keep guns out of the hands of black and brown people.
This fact alone should make black and brown the biggest supporters of the 2nd Amendment.
Gun Control is as racist today as it was then, the only difference now is black and brown have the power to exercise that right, so instead of creating laws taking that right away, people like Bloomberg have to convince you to give up those right through deception and racial division.
Please, please, I’m begging you, don’t give that up, because a lot of brave people just like you died fighting for this right.