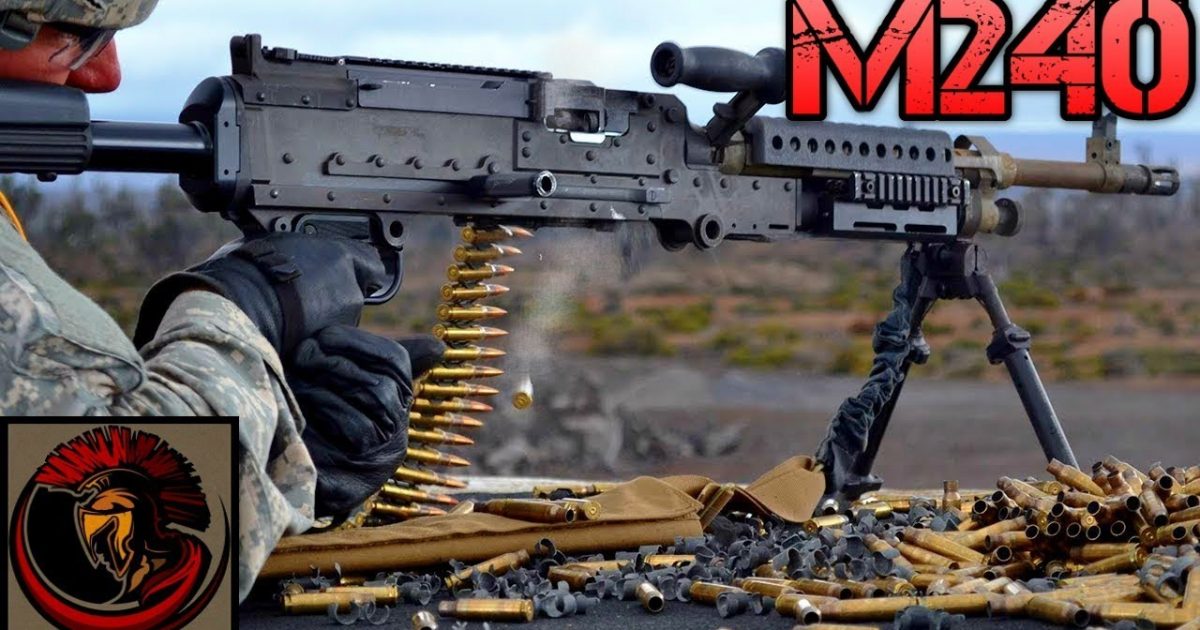 I’ve been struggling today to find a good video to publish in an article for you guys and after watching about 20 videos, I came upon the one below (I know you won’t be disapointed).  Now, I’m not going to lie and tell you that I’m familiar with the M240, because I’m not, it came a while after I was dischared from the U.S. Army in 1980 (even though it was in use with certain units from 1977 and on). Prior to that, my machine gun was the M60 and like alot of other troops, I had both good (and bad) things to say about the “pig”.

In Vietnam and during the early to late 1970’s Cold War era, the M60 dangled from helicopter doorways, stood guard on bunkers, and accompanied squads into combat. It became the “Hog”, or the “Pig” to American soldiers because its report sounded like the grunt of a barnyard hog.  We also weren’t very impressed with it’s rate of fire wich was between 500 to 650 rounds per minute, that’s not too great, but with the M240, that rate of fire drastically increased from 650 up to 950 rounds per minute, allowing troops using the M240 to lay-down more firepower on target than it’s predesessor the “pig”.

About the M240 according to YouTuber Matsimus:

“The M240 is a US-built version of the Belgian FN MAG, that is one of the most widespread and effective General Purpose Machine Guns (GPMGs) in the world. Since its introduction in 1957 the FN MAG has dominated the market for Western Block machine guns. It was proposed for the US military, however, it was originally rejected in favor of the US-made M60. Ironically 2 decades after the M60 was adopted, it was replaced by a US-built version of the MAG, designated as the M240. This weapon is manufactured in the USA by a local division of the Fabrique Nationale. Production of the M240 still continues and improved and updated variants continue to emerge. This weapon was used during various military conflicts, including the recent wars in Iraq and Afghanistan.

The M240 is bulkier and heavier than contemporary machine guns. However it proved to be a very reliable weapon. Several sources report that the MAG is the most reliable machine gun in the world. For example, during testing in the 1990s, it was able to fire an astonishing 26 000 rounds between failures. This reliability was further confirmed in a 2013 torture test of the M240B, after which there was no loss of accuracy, despite the weapon firing a total of 15 000 rounds at its cyclical rate of fire.”

Anyway, enjoy the video…I sure did.