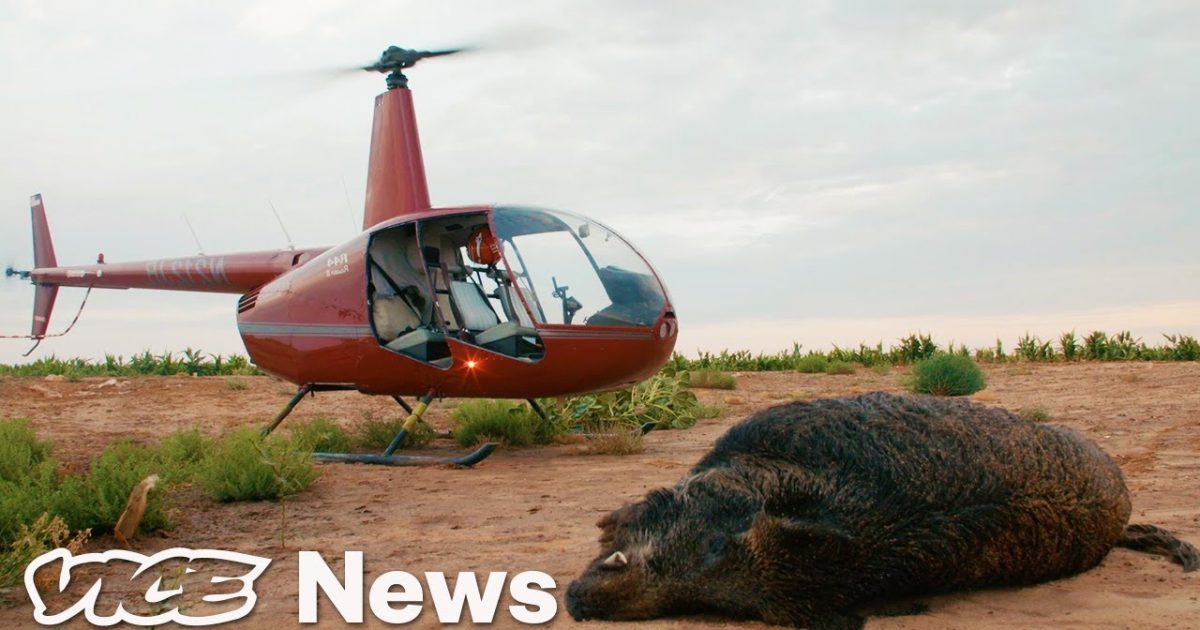 I’m probably going to get some heat from animal rights groups about this article, but quite franky…I don’t give a rat’s ass. The feral hog population has virtually shyrocketed in the lower 48 states of the U.S. and with this dramatic increase, have come severe problems, not only to farmers, but to environmentalists as well. Feral hogs tear-up farm land and they also make a mess where ever they go and that’s an understatement and in an article by the New York Daily News, they confirm this.

In an article by Smithsonian Magazine they write:

“Wild hogs are among the most destructive invasive species in the United States today. Two million to six million of the animals are wreaking havoc in at least 39 states and four Canadian provinces; half are in Texas, where they do some $400 million in damages annually. They tear up recreational areas, occasionally even terrorizing tourists in state and national parks, and squeeze out other wildlife. Texas allows hunters to kill wild hogs year-round without limits or capture them alive to take to slaughterhouses to be processed and sold to restaurants as exotic meat. Thousands more are shot from helicopters. The goal is not eradication, which few believe possible, but control.

The wily hogs seem to thrive in almost any conditions, climate or ecosystem in the state—the Pineywoods of east Texas; the southern and western brush country; the lush, rolling central Hill Country. They are surprisingly intelligent mammals and evade the best efforts to trap or kill them (and those that have been unsuccessfully hunted are even smarter). They have no natural predators, and there are no legal poisons to use against them. Sows begin breeding at 6 to 8 months of age and have two litters of four to eight piglets—a dozen is not unheard of—every 12 to 15 months during a life span of 4 to 8 years.”

*The excerpt from that article above was written in January of 2011, so the problem has increased drastically in the last 9 years.

Beneath the video, I’m going to list a few companies that offer helicopter hog hunting in Texas if you are interested and if you think that’s ‘unfair’ to the hogs, my advice to you would be; “Don’t knock it till you’ve tried it”, who knows, you might have fun.

*I hoped this helped you and if you do decide to use any of these companies, let us know how it went in the comment section below.

Senior Engineer Admits Twitter Does NOT Believe In Free Speech In New Veritas Video: ‘We Are All Commie As F*ck’ (Video)
Conservative Firing Line