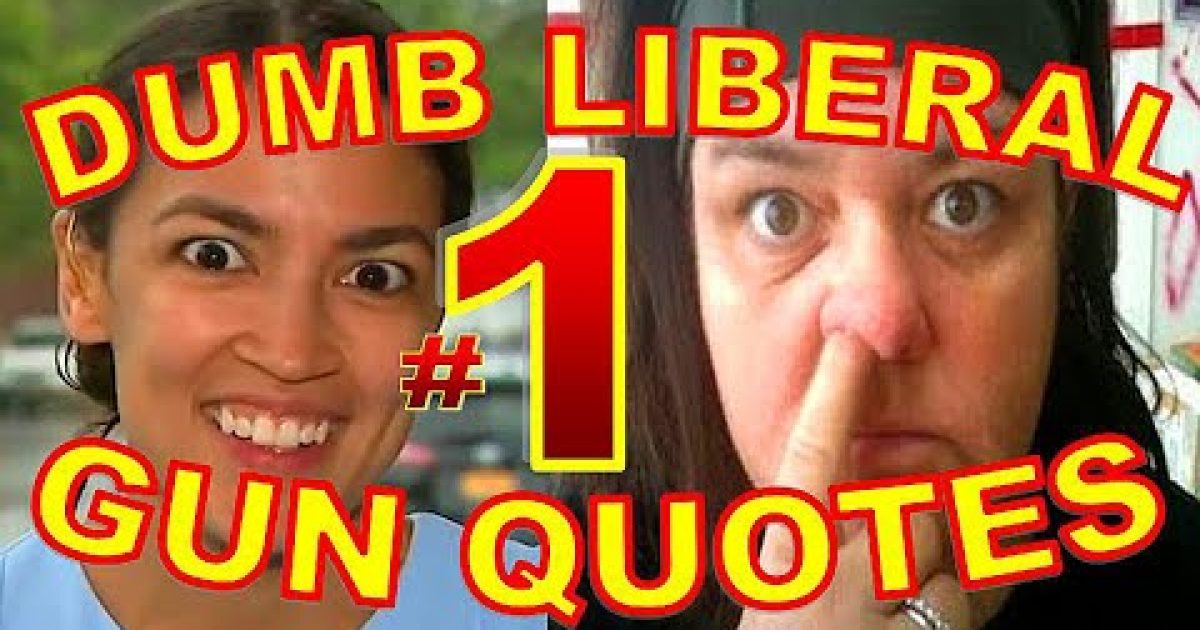 Here we are well into the 21st century and it seems that so-called liberal ‘gun experts’ still don’t know what the hell they’re talking about when it comes to firearms, OR, the 2nd Amendment. Every time you turn on the television, there’s always some liberal politician trying to lecture the rest of us on why we shouldn’t own, or possess a firearm and quite frankly, not only and I tired of it, it’s always the same B.S. they’ve been peddling for the last 50 years. Most of the time, it’s flat-out lies and misinformation that they’re squawking about trying to convince responsible, law abiding gun owners how dangerous guns are and why we shouldn’t have them.

In a time when gun control is such a hotly debated topic, why are so many of those who are in favor of destroying the 2nd Amendment so completely uninformed when it comes to guns & weapons? Below is my all-time favorite “DUMB” things that have been said by social justice warriors and so-called ‘liberal’ politicians over the years. It is quite clear to me that these people have no idea what they are talking about and want the citizens of the United States to go along with their ridiculous law proposals, gun-bans and policy suggestions.

Remember this…if a politician says that you don’t need to own a gun, then he/she is the WRONG candidate and obviously has never read the Constitution.