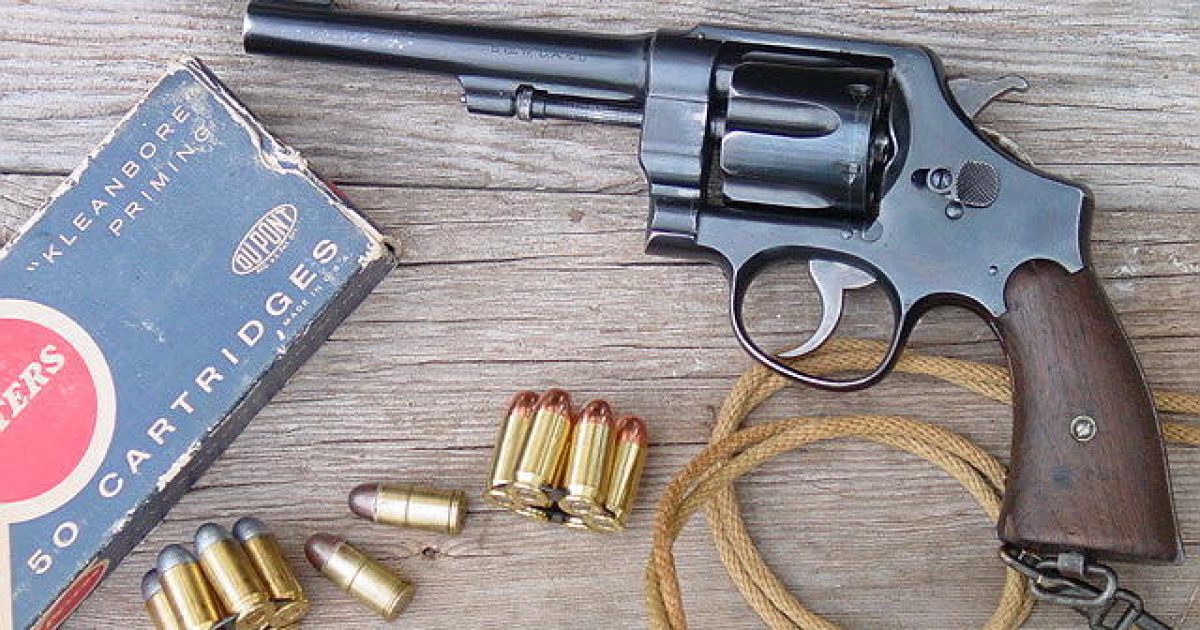 I don’t know what it is with me lately, but for some reason I have a renewed fascination with American revolvers, oh well, color me nostalgic I guess. But (for me at least) I think that Colt and Smith & Wesson revolvers are something that’s quintessential to America and the role that we played on the world stage especially during the 1800’s. I mean, when one thinks about the 19th Century, especially about the ‘Old West’, you can’t do so without thinking of the revolvers made by Colt AND Smith & Wesson.

When America did go to war in 1917,  U.S. civilian arms companies of Colt and Remington-UMC, as well as other companies, were producing M1911 pistols under contract for the U.S. Army, but even with the additional production there existed a shortage of M1911’s.

The interim solution was to ask the two major American producers of revolvers to adapt their heavy-frame civilian revolvers to the standard .45 ACP pistol cartridge. Both companies’ revolvers utilized half-moon clips to extract the rimless .45 ACP cartridges. Daniel B. Wesson’s son Joseph Wesson invented and patented the half-moon clip, which was assigned to Smith & Wesson, but at the request of the Army allowed Colt to also use the design free of charge in their own version of the M1917 revolver 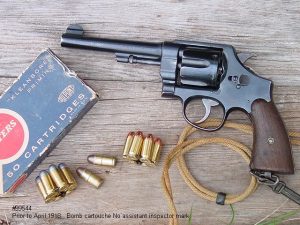 *The M1917 Revolver was a six-shot, .45 ACP, large frame revolver adopted by the United States Military in 1917, to supplement the shortage of the standard .45 ACP M1911 pistols during World War I. There were two variations of the M1917, one made by Colt and the other made by Smith & Wesson. They used moon-clips to hold the rimless cartridges in position and to aid in extraction. After World War I, they gained a strong following among civilian shooters. A commercial rimmed cartridge, the .45 Auto Rim, was also developed, that allowed them to be fired without the need for moon-clips.

If you do like revolvers and you by chance do happen to find one of these pistols in good condition, you should pick it up and add it to your own collection. Not only will you be buying a great gun, but you’ll also be getting a piece of history you can tell your grandchildren about.