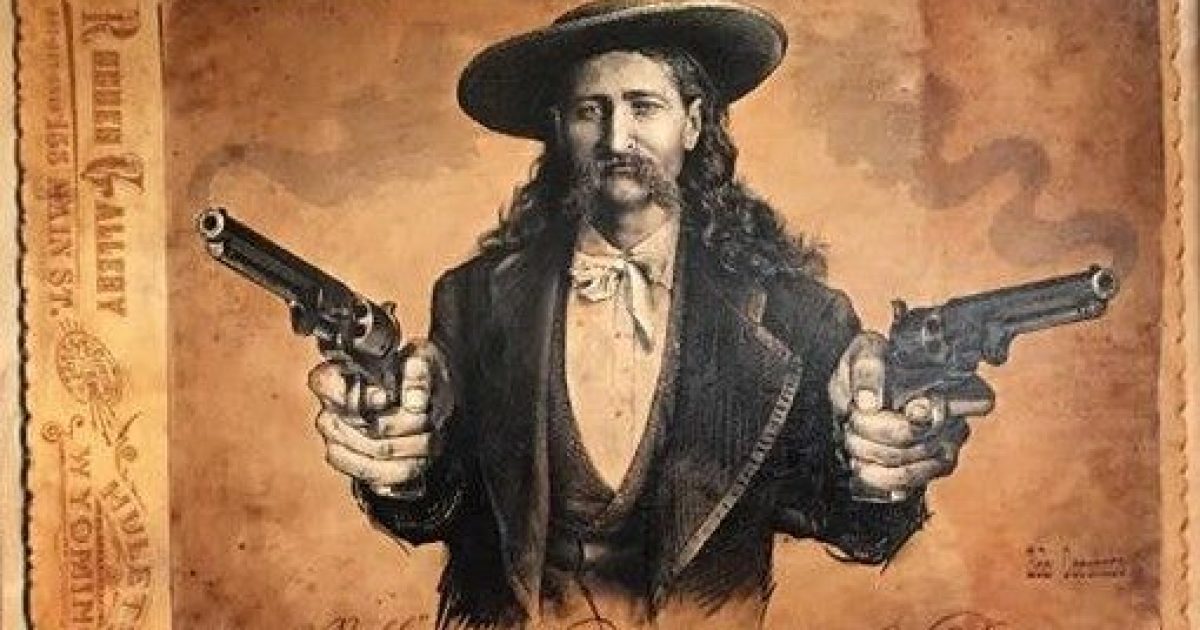 This article will hopefully put to rest, those that do not believe in the 75 yard dueling shot made by James Butler “Wild Bill” Hickok, against Davis Tutt that occurred on July 21st, 1865. Some would say, that the pistols of that time (cap & ball), could not have been fired accurately from such a distance, so they dismiss the story as a case of embellishment of old western lore. Well I beg to differ, Hickok was an accomplished pistoleer and an excellent marksman.

The Wild Bill Hickok – Davis Tutt shootout was a gunfight that occurred on July 21, 1865 in the town square of Springfield, Missouri between Wild Bill Hickok and cowboy Davis Tutt. It is one of the few recorded instances in the Old West of a one-on-one pistol quick-draw duel in a public place, in the manner later made iconic by countless dime novels at the time. 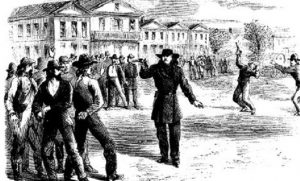 The pistols Hickok carried, were his beloved 1851 model Colt Navy revolvers, which fired a .36 caliber ball round. The dispute over the famous duel in the 20th century, was whether or not, that particular pistol could have made an accurate shot at a distance of 75 yards.

The .36 caliber Navy revolver was much lighter than the contemporary Colt Dragoon Revolvers developed from the .44 Walker Colt revolvers of 1847, which, given their size and weight, were generally carried in saddle holsters. As the factory designation implied, the Navy revolver was suitably sized for carrying in a belt holster. It became very popular in North America at the time of Western expansion after the Civil War.

The video below puts to rest the myth that Wild Bill Hickok could never have made such an accurate and deadly shot from such a distance.

Sadly, on August 1st, 1876, after a life that few men would dare to undertake, James Butler “Wild Bill” Hickok was shot from behind while playing cards in the Nuttal & Mann’s Saloon in the town of Deadwood, in the Dakota Territory.

The Leftist Extermination of America
The Black Sphere

*NEW* BREAKING: Police Officer Shot At Point Blank Range And Turns Into Shootout All On VIDEO- Here’s What We Know
America's Freedom Fighters