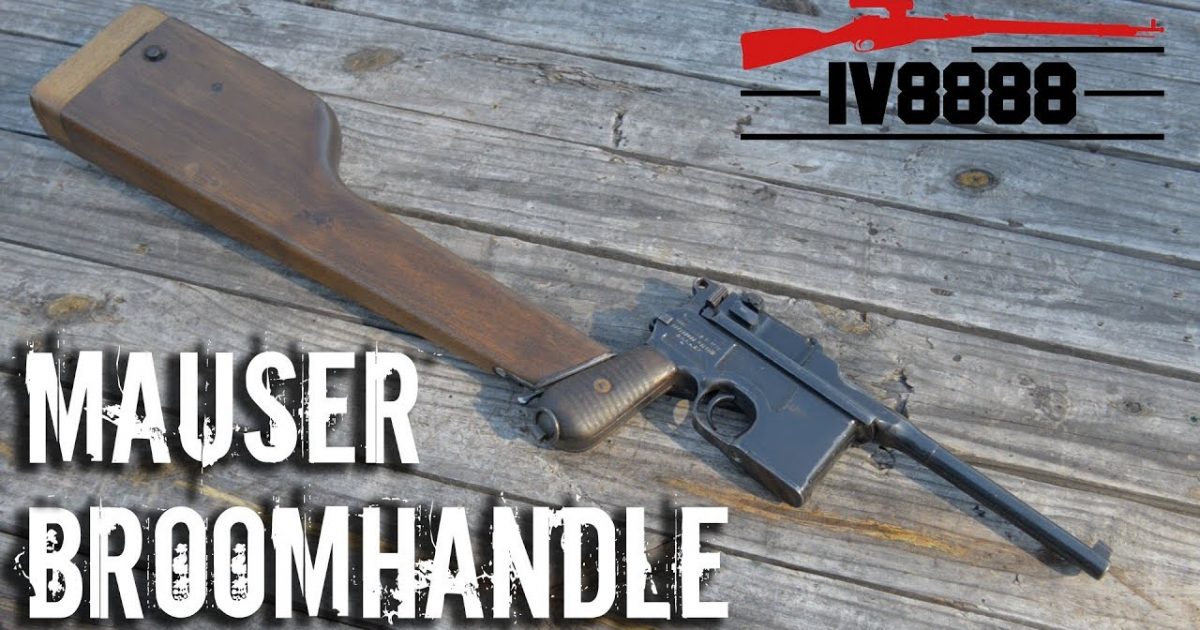 What can I say when talking about the Mauser C96, or, as it’s commonly known as the “Broomhandle”, it was a firearm that was ahead of it’s time and has paved the way for many of the semi-auto pistols that we see today. When the C96 hit the shelves back in 1896, people that could afford one, couldn’t wait to get their hands on it and Mauser sold a ton of these weapons world-wide. Winston Churchill himself bought three of them from the John Rigby Co. dealer in London, in 1898.  You can buy one for yourself to add to your own gun collection and prices range from around $600.00 and on up (depending on condition and where it was made).

Wikipedia has this to say about the Mauser C96:

“The Mauser C96 (Construktion 96)is a semi-automatic pistol that was originally produced by German arms manufacturer Mauser from 1896 to 1937. Unlicensed copies of the gun were also manufactured in Spain and China in the first half of the 20th century. The distinctive characteristics of the C96 are the integral box magazine in front of the trigger, the long barrel, the wooden shoulder stock which gives it the stability of a short-barreled rifle and doubles as a holster or carrying case, and an iconic grip shaped like the handle of a broom.

The grip earned the gun the nickname “broomhandle” in the English-speaking world, because of its round wooden handle, and in China the C96 was nicknamed the “box cannon” (Chinese: 盒子炮; pinyin: hézipào) because of its rectangular internal magazine and the fact that it could be holstered in its wooden box-like detachable stock.
With its long barrel and high-velocity cartridge, the Mauser C96 had superior range and better penetration than most other pistols of its era; the 7.63×25mm Mauser cartridge was the highest-velocity commercially manufactured pistol cartridge until the advent of the .357 Magnum cartridge in 1935. Mauser manufactured approximately 1 million C96 pistols, while the number produced in Spain and China was large but unknown due to the non-existence or poor preservation of production records from those countries.”
*On a personal note, Back in 2008, I saw one in my local pawnshop and truth be told…I’ve kicked myself in the butt for not buying it right then and there, I think the price was around $900.00.