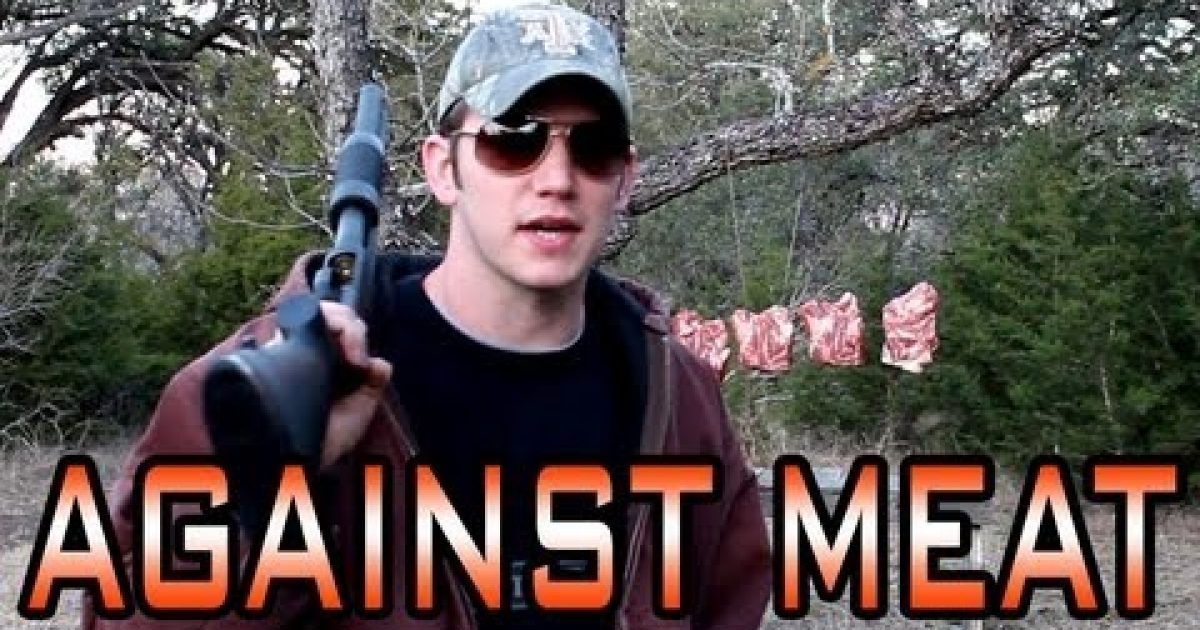 Now, I realize that this video is 7 years old, but it does answer a question that most folks ask about the effects of Birdshot, 00 Buckshot & Slugs on flesh and bone. As you will see quite clearly in the video below, all of the ammunition used on the meat was devastating.  To me, if I was using a shotgun as a home defense weapon against an intruder, I think I’d go with the birdshot, the damage would be severe and I wouldn’t have to scrub the intruder’s guts off of my walls afterward..

But, that’s not to say that the other ammo doesn’t have it’s use, 00 Buck and slugs do serve a purpose, especially when faced by a large predator like a mountain lion, or a black, or brown bear. But for usage in one’s home against an intruder, or multiple intruders, I think birdshot (at least after watching the video) would serve quite well.  And if you’re the type who doesn’t want to take human life,m there are non lethal types of shotgun shells that will (at the very least) take an intruder down and knock the wind out of him.

And if you are not sure what to buy and for what use, then simply click HERE.

For those of you who aren’t familiar with Shotgun Shells the paragraph below is courtesy of Wikipedia:
“A shotgun shell is a self-contained cartridge often loaded with multiple metallic “shot”, which are small, generally spherical projectiles. The shells consist of a paper or plastic tube mounted on a brass base holding a primer. The shot is typically contained in a small container inside the shell casing. Shot has traditionally been made of lead, but steel, tungsten or bismuth is frequently used due to restrictions on lead. A shotgun shell can contain a single, large projectile known as a shotgun slug. They can also be made with specialty non-lethal rounds such as beanbag rounds, and rubber. Shotguns have an effective range of about 45 metres (150 ft)”