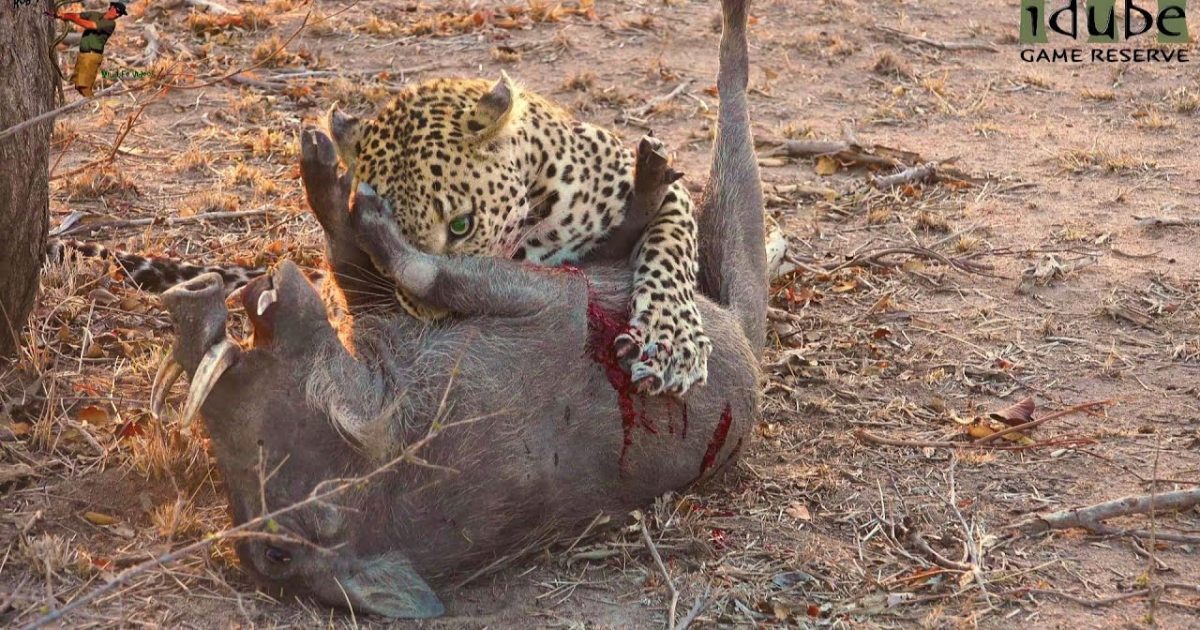 This is nature in it’s raw element and a leopard gets to eat a warthog for supper. As I have said before, nature is a very unforgiving force and when it comes to predator and prey, there are only 2 outcomes, somebody lives and another goes hungry, or, someone dies and the other gets fed….it’s that simple. In the video and written account below, we see a perfect example of this. A leopard kills a warthog and while it lays helpless and screaming, the leopard starts to eat it…it’s not pretty and if you are offended by this sort of thing, then click away before you start watching the video. This video was filmed at Idube Game Reserve, in South Africa.

The is a link below for the video.

This is the written description that was beneath the video on YouTube:

The sighting is graphic at this point as the leopard kills the screaming warthog. The warthog did not take long to bleed out leaving the leopard time to clean up from the safe vantage point of the termitarium. The sealing of the warthog could have attracted the attention of other predators so moving to a good vantage point was a wise safety move on the leopards part. Later we returned to find the leopard having a drink at a nearby waterhole, watched by giraffe and hippo. After quenching his thirst the leopard retrned to his warthog kill and started to feed. The leopard seemed reluctant to move the warthog carcass to the safety of a tree and eventually later at nighttime a hyena stole the warthog from the leopard and ran off with it.