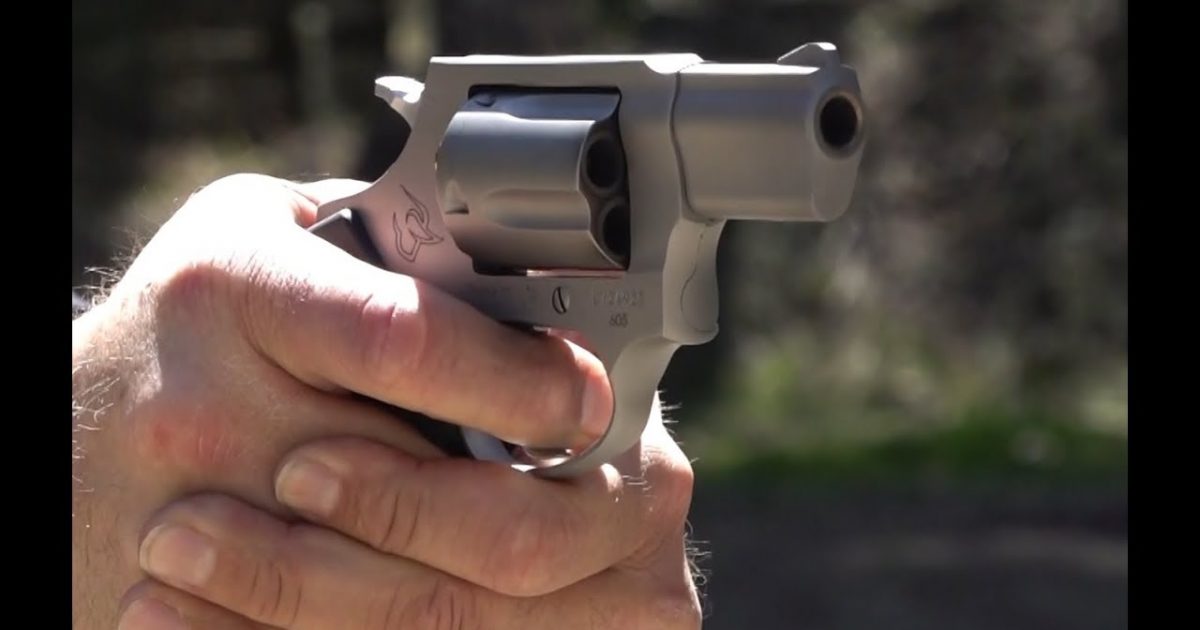 It seems that as of late, I’ve been spotlighting alot of revolvers, I assure you it’s not because I don’t like semi-auto handguns, it’s that there are alot of revolvers out there that are just so darned cool, case in point, the Taurus 605 .357 Magnum.  Now, when it comes to revolvers, I do prefer a slightly longer barrel, but that’s because, if I’m firing the weapon at someone, I prefer some distance between us. In regards to a .357 Magnum, that particular round does have a further reach, but when firing out of a 2 inch barrel, I’d still have to be within 4 to 8  meters of my iuntended target and I don’t want to be that close to a real threat (but that’s just me). One of the things that do make the 605 attractive, is the price, Taurus certainly got this one right in all respects.

I’ll place the specs of this pistol beneath the video for you to review for yourself.

Here’s what Wikipedia has to say about this pistol:

“The Taurus Model 605 is a double-action/single-action, five-shot, snubnosed revolver chambered in .357 Magnum. It is produced in both blued and stainless steel. Some models feature an exposed hammer, that can be manually cocked in single action,while others are Double action only with bobbed hammer. Like many Taurus revolvers, it features an integral keylock. It was first introduced in 1995.

The primary use of this revolver is self-defense, based on its compact small-frame design. The 605 is built to the Taurus Zero Tolerance standard of quality including the Taurus lifetime warranty. The grip is rubber with a knubby pattern. In 1997 Taurus added the integral keylock that is engaged using a special key. The firing mechanism incorporates a transfer bar that assures the firing pin is not struck unless the trigger is pulled.”

A 357 magnum, 5-shot revolver that is ideal for concealed carry, the Taurus 605 is built to the Taurus Zero Tolerance standard-in design, fabrication, fit and performance. Meaning, there is simply no tolerance for parts that do not perform as if someone’s life depends on them.