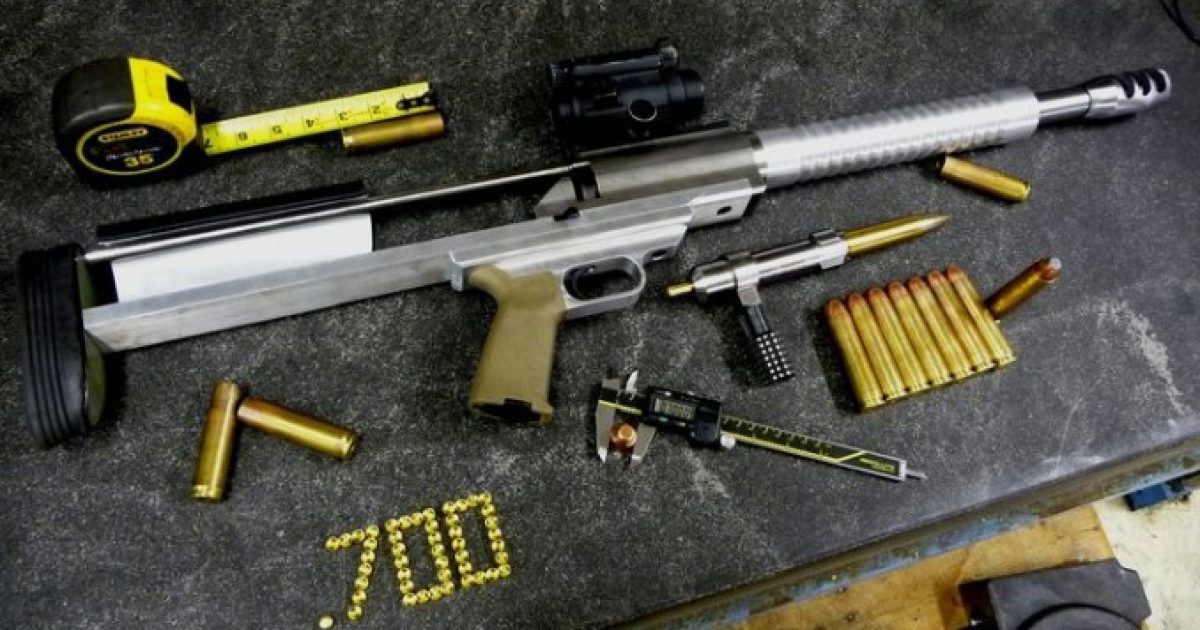 So you’re having problems with a pesky  Tyrannosaurus Rex always getting into your backyard and eating your family members, or your dog and you want it to stop…then the 700 WTF rifle is just the firearm you’re looking for. Because if you are armed with a rifle that fires the .700 Nitro Express cartridge, that beast is going DOWN!! Apparently, the guy in this video built his own rifle that fires this monster of a cartridge and when you watch these guys shoot it, you can really HEAR the “boom”.

*The .700 Nitro Express (17.8×89mmR) is a big game rifle cartridge made by Holland & Holland, London, England. It was developed in 1988 by Jim Bell and William Feldstein and built by H&H. Feldstein had tried unsuccessfully to get H&H to build a .600 Nitro Express for him, but they had already ceased production.

However, when Bell and Feldstein produced the entirely new .700 Nitro Express cartridge, they were able to attract the interest of H&H, which was looking for a new big-bore cartridge. After production began, the backlog of orders was so great that it continued to 2007 and H&H restarted the production of .600 Nitro Express guns.