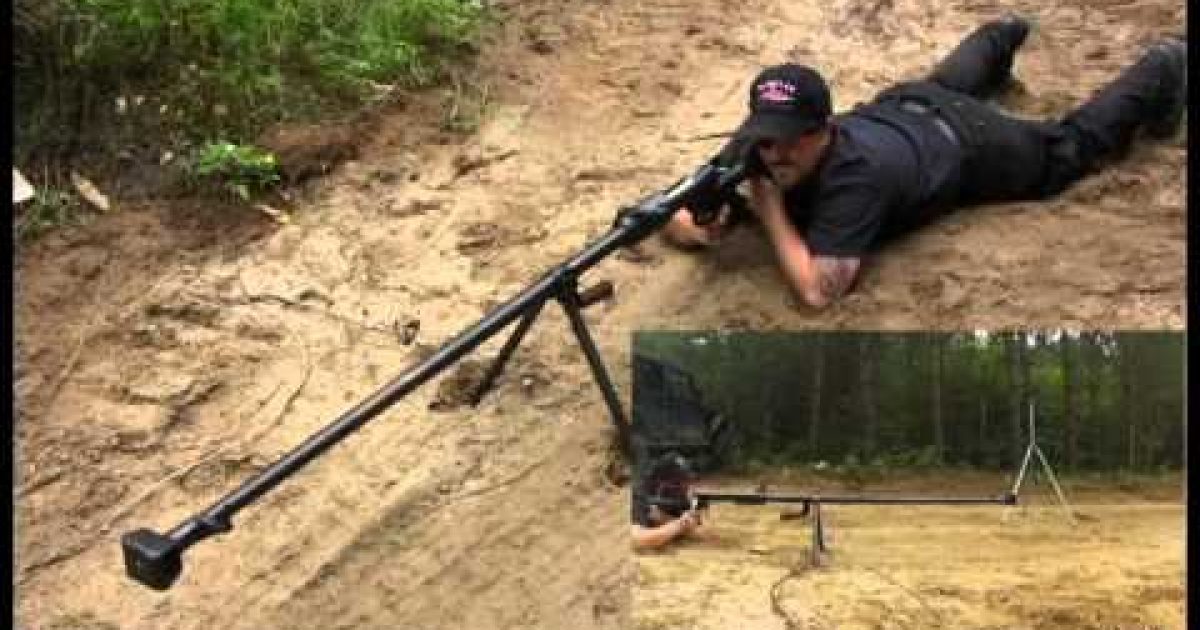 Everyone seems to think that the Barrett .50 caliber rifle is the ‘big-boy’ on the block, but while doing some research on large caliber anti-tank  sniper rifles, I came across the Soviet PTRD-41. The 14.5×114mm (.57 Cal) is a heavy machine gun and anti-materiel rifle cartridge used by the Soviet Union, the former Warsaw Pact, modern Russia, and other countries. It was originally developed for the PTRS and PTRD anti-tank rifles, but was later used as the basis for the KPV heavy machine gun that formed the basis of the ZPU series anti-aircraft guns.

The PTRD-41 was an anti-tank rifle produced and used from early 1941 by the Soviet Red Army during World War II. It was a single-shot weapon which fired a 14.5×114mm round. Although unable to penetrate the frontal armor of German tanks, it could penetrate the thinner sides of early-war German tanks as well as thinly armored self-propelled guns.

The PTRD suffered from numerous flaws; the most notable are the lack of penetration versus enemy vehicles and inability to aim accurately with a telescopic sight, which frustrated PTRD teams, its size and weight which hampered its mobility and deployment, and its immense muzzle blast which gave away the unit’s firing position. The PTRD was eventually replaced by the RPG series of anti-tank rocket launchers.