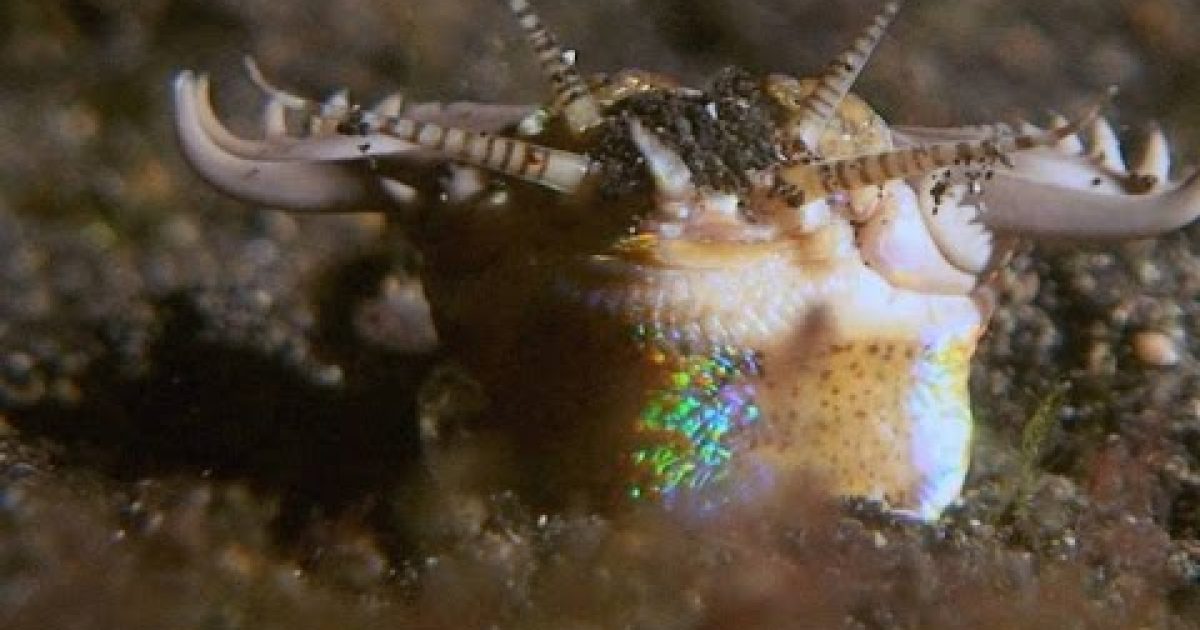 Yes, it’s true, this horrifying ocean creature does not have eyes and it also (remarkibly) doesn’t have a brain and it’s driven by one thing…hunger. Incase you never heard of it, this is  Eunice aphroditois, the Sand Stiker, or, Bobbit Worm. The name (Bobbit) is taken from the John and Lorena Bobbitt case. Sometimes its prey is cut clean in half because of the speed and strength of it’s attacks and it can inflict a nasty bite if a human gets too close. Once the prey is caught, this long-living nocturnal worm will shoot back into it’s burrow to feed.

“Eunice aphroditois is a bristle worm ranging from less than 10 centimetres (4 in) to 299 centimetres (9.81 ft) long that inhabits burrows it creates on the ocean floor. It lives mainly in the Atlantic Ocean, but can also be found in the Indo-Pacific ocean area. This species is an ambush predator and hunts by burrowing its whole body in soft sediment on the ocean floor and waits until nearby prey is picked up on one of its sensor antennae. It is also equipped with sharp teeth-like structures to strike prey. It displays a wide range of colors from black to purple to metallic on its shell. It lives in typically warmer waters and often hunts either burrowed in a stationary place or among coral reefs.”