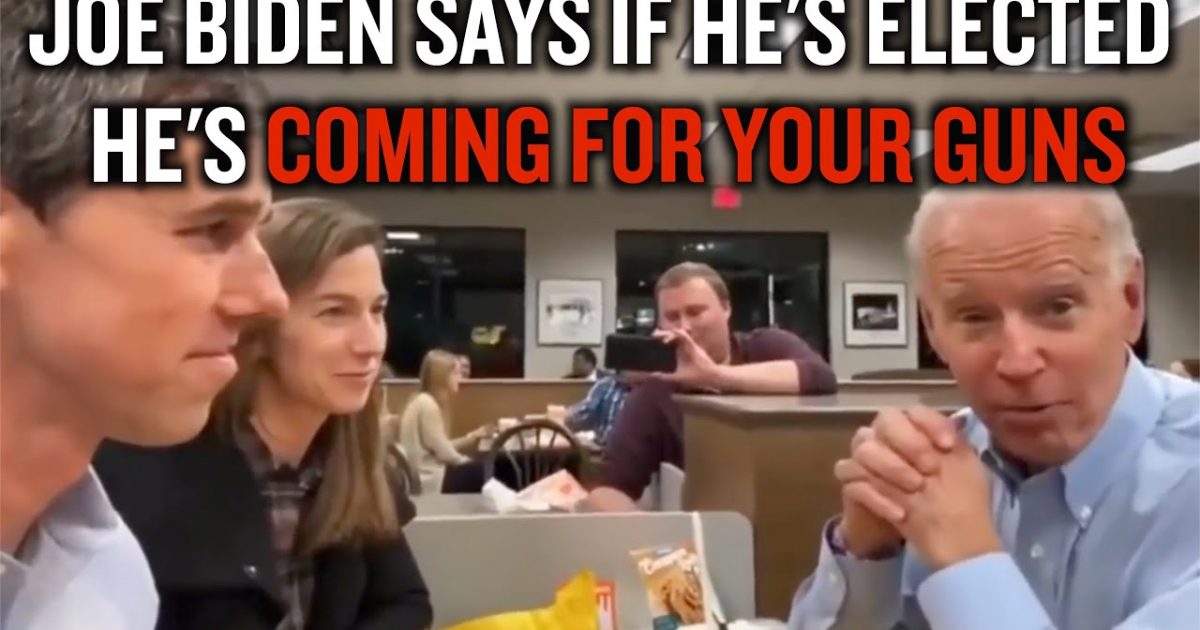 I’m not sure which is the worst presidential candidate that the democrats are putting up for 2020, Joe (where the heck am I) Biden, or Bernie (I love Castro) Sanders. Both are rich old white men who litterally think that they speak for the working man. This much is true, Biden and Sanders are two sides of the same coin, one denies he’s a socialist and the other freely admits it. The one thing they both agree on, is that they want to severely limit (or do away with) the 2nd Amendment and if you don’t believe me, then watch the videos below and hear it for yourself.

I’m not worried about Sanders sio much, just like they did in 2016, the DNC is going to screw the nomination away from Sanders and put-up a worthless POS candidate who has spent his entire career lying to his constituents, all the while enriching himself off of the hard working people he claims to represent.

Sanders at least admits he’s going to screw you with his “free everythong” crap, while Biden still tries to hide behind the old tried-and-true methods  he’s used for the last 40 years. Neither candidate is going to do anything different to help working class Americans, they want slaves, not free men. Unlike Sanders, Biden doesn’t seem to know just how to kiss the voter’s ass, as you will see in the video below. At least Sanders tries to use slight of hand, Biden, just doesn’t know when to STFU, smile and make promices he won’t ever keep.

One thing is certain, if elected, Biden has said flat-out, he’ll take our guns and that is something that should scare the crap out of everyone.

‘Creepy Uncle Joe’ Biden Says:”There Have Been 150 Million Gun Deaths Since 2007″
Proof That The Goal For Democrats Is To Ban The 2nd Amendment