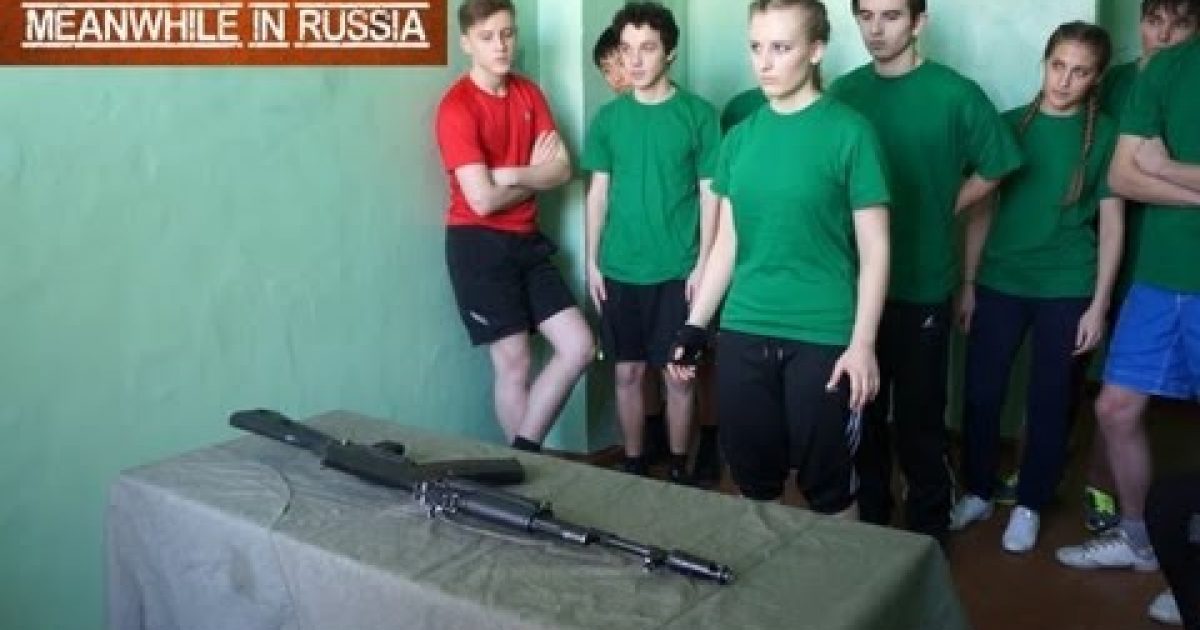 Yes, it’s sad but true, American kids as early as 6th grade, even younger now, learn to how to properly put condoms on cucumbers and are allowed to choose from 54 different genders they can be; meanwhile in Russia, school kids learn something a little more useful that could actually SAVE their lives. Here at Great American Outdoors, we do our best to leave politics out of our material, but it’s almost impossible, given the political climate in the United States of America right now. While little Joey and Lisa learn useless stupid crap in school thanks to Common Core and are being taught to hate themselves and to be ashamed to have white skin, all due to the imaginary thing  invented by “liberals” and racist hate groups, that’s called “White Privilege”.

While kids in the United States are being told that they can go into any restroom they want if they’re confused as to what “gender” they are and the highest skill they are taught is how to play computer video games, children in Russian schools are taught how to defend themselves. They are taught how to handle weapons and how to properly use them also. Children in America are given a “gold star” just for waking-up in the morning and putting on their pants. Russian kids on the other hand, don’t have it quite so easy. Russian children  learn something a little more useful in school. Watch the video below and see for yourself.

Here is what was written beneath this video on YouTube:

“Assembly and disassembly of the assault rifle AK-74 in Russian school. The “Patriot” competition among the students of 9-10 grade. Here is what they are learning in Russian schools, while we teach our kids how to put condoms on a cucumber.”

Does that sound about right ? Russian children are taught how to be self reliant and how to take charge of their lives and take responsibility for their own actions. Children here at home, are given a pass to act-out when they don’t get exactly what they want…when they want it. Excuse me for being slightly jaded, but there was a time when it was just the opposite. There was a time when American kids were taught how to be “winners”, now every excuse is allowed for failure….thanks liberals.

Since we now have a “real” American president who wants ALL Americans to succeed and prosper, maybe there’s hope for our children after all. If not, then we can kiss our beloved republic “goodbye” within a single generation.