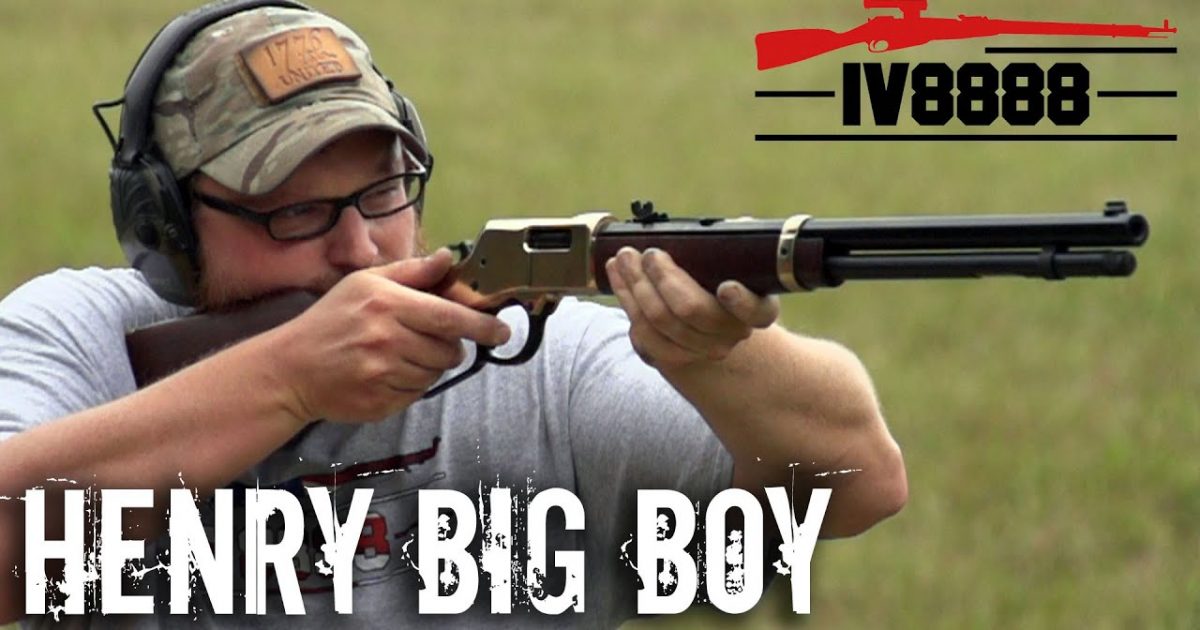 I have published several articles about Henry rifles here at Great American Outdoors…and for good reason. First-off, they are EXCELLENT firearms and anybody who owns one will tell you that. Second, they are an iconic and genuine piece of American history, Henry rifles have been around for over 150 years and you don’t last that long by making a crappy gun.

In the video below, Eric (aka Iraqveteran8888) spotlights the Henry “Big Boy” lever-action rifle, chambered in .44 magnum. There are a couple of good reasons why this gun is good to have, first-off, it’s an excellent brush gun, secondly, if you carry a .44 magnum pistol,  you only have to pack one caliber of ammunition. A 44 Magnum is often considered the minimum cartridge for a bear-defense gun, that isn’t necessarily the case. … This cartridge’s deep penetration is more than capable of stopping a charging bear with good shot placement.

Experts limit hunting ranges to 100 yards (91 m) when shooting . 44 Magnum cartridges, less if practical accuracy requires it. In other words, the .44 magnum slug will do the job in a pinch.

*Back when the West was still wild and the rifle was the tool of choice for survival and frontier justice, the venerable .44-caliber put more meat on the table and outlaws in the ground than any other bullet. The West may have been tamed and fenced long ago, but its unbridled spirit lives on in this line of traditional big-bore Henry rifles.

Don’t let the retro look fool you, these rifles are much more than shootin’ irons for today’s new breed of cowboy. They’re also the unbeatable choice of big-game hunters who prefer the traditional look, feel, reliability and accuracy that comes from an authentic Henry rifle. The traditional 20″ octagonal barrel is outfitted with a classic fully adjustable semi-buckhorn rear sight with a reversible white diamond insert and a brass beaded front sight. The tubular magazine tops off at 10 rounds.

Both the straight-grip stock and forearm are crafted of select American walnut accented with a brass barrel band and Henry’s recognizable brass receiver. All have that crisp, smooth action that sets an authentic American-made Henry apart from other lever action rifles on the range and in the woods today. The .44 Magnum rifle can also shoot .44 special rounds.

But enough talk, let’s watch Eric put this rifle through its paces on the targets he has set up.