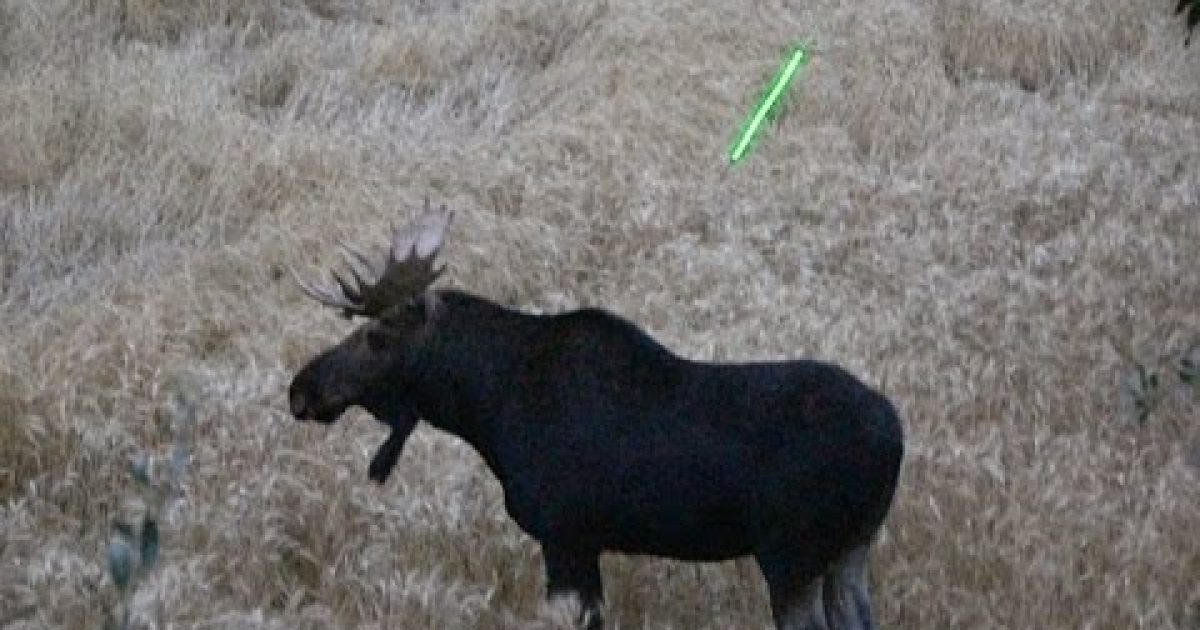 *WARNING* The video in this article contains graphic images of hunting wild animals…sensitive viewers should refrain from watching.

This is a phenomenal moose hunt, the skill and deadly accuracy are simply amazing. The young man in this video is just a kid, but he really knows what he’s doing. And before all of those PETA-types start chiming-in and saying how “cruel” this is, nobody cares what you ‘Tree & Animal Huggers’ think, or feel, just scroll past and drink down your soy latte from Starbucks.

Man has been hunting for untold ages to feed his family and as long as proper conservation is observed, he will continue to do so for quite a long, long, time. I could go into the specifics of why legal hunting is important, but if you are some kind of tree-hugger, then “facts” won’t matter to you.

This animal was legally hunted in Alberta, Canada and it was done in a fashion so that the animal didn’t suffer too long. From the time the broadhead struck the animal, to the time it hit the ground, was virtually only a few seconds…in other words- it was a GOOD, CLEAN KILL!!

An animal this size can literally feed a family of 4 for almost a year, the average weight for an animal like this, is close to, if not more than a 1000 pounds.

As a rule of thumb, for a bull moose, you can multiply the total weight of the quarters with the skin on by 1.61. In our case, with the quarters weighing 600 pounds, the moose’s estimated live weight is about 966 pounds.

According to Mr. Lemay’s assessments, you can expect the meat you end up with (boneless) to equal roughly 52% of the gross weight of the four quarters with the skin. Using the previous example where quarters weighed a total of 600 pounds, you could expect to get about 312 pounds of meat from that. However, as we mentioned earlier, there are many things that can affect the amount of meat you end up with, so you have to take that percentage as a guideline.

Wikipedia has this to say about the moose :

The moose is the largest extant species in the deer family. Moose are distinguished by the broad, flat (or palmate) antlers of the males; other members of the family have antlers with a dendritic (“twig-like”) configuration. Moose typically inhabit boreal forests and temperate broadleaf and mixed forests of the Northern Hemisphere in temperate to subarctic climates.