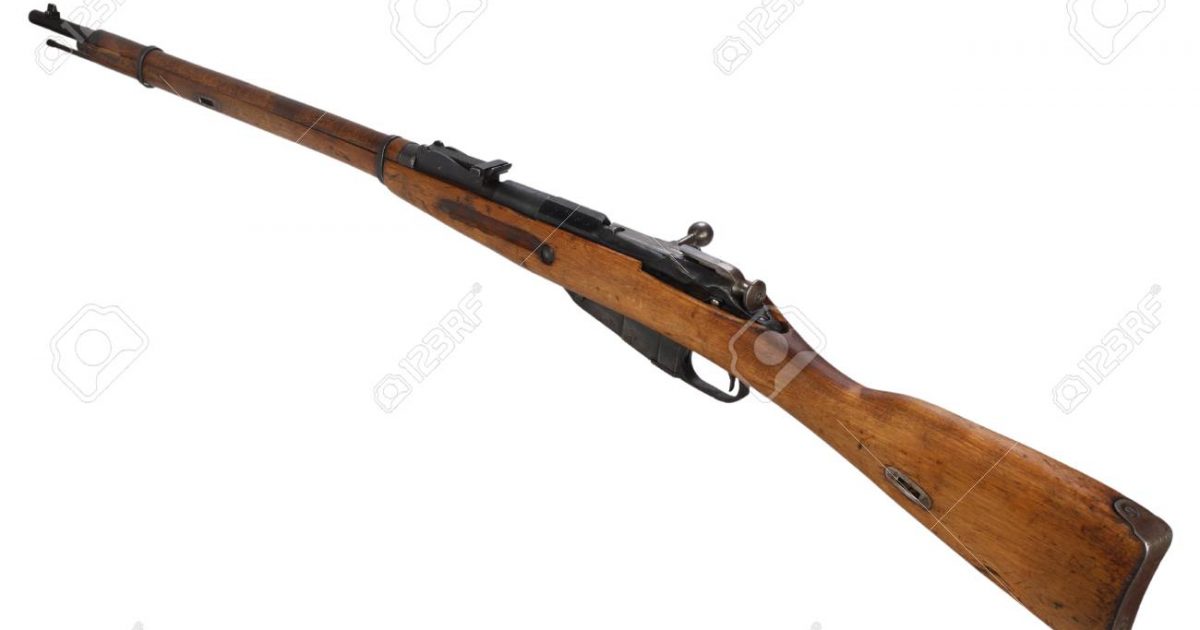 When one thinks of the weapons of the old Soviet Union (circa World War II) one weapon always comes to mind- the Mosin Nagant rifle, chambered in  a very awesome 7.62 x 54R caliber round. This is the rifle, that in the hands of the famous Soviet sniper, Vasily Grigoryevich Zaytsev, helped win the Battle of Stalingrad and turned the tide of the war against Hitler’s Nazi Germany.

The rifle is very well made and is almost indestructible, considering the fact, that millions of these weapons were in the hands of illiterate Russian peasants during the second World War. There’s not much you can do to this rifle that will enable it to not function. It has an internal 5 round magazine and the bolt action is one of the smoothest of it’s era.

Also, if you are looking for a cheap, durable and accurate rifle to hunt with, you couldn’t go wrong buying one of these rifles (and the ammo is almost dirt cheap as well).

The 3-line rifle M1891 (Russian: трёхлинейная винтовка образца 1891 года), colloquially known as Mosin–Nagant (Russian: Винтовка Мосина, ISO 9: Vintovka Mosina) is a five-shot, bolt-action, internal magazine–fed, military rifle developed by the Imperial Russian Army from 1882 to 1891, and used by the armed forces of the Russian Empire, the Soviet Union and various other nations. It is one of the most mass-produced military bolt-action rifles in history with over 37 million units having been made since its inception in 1891, and, in spite of its age, it has been used in various conflicts around the world even up to the modern day.

Watch as Matt Carriker of Demolition Ranch puts an old Mosin Nagant rifle to the test.