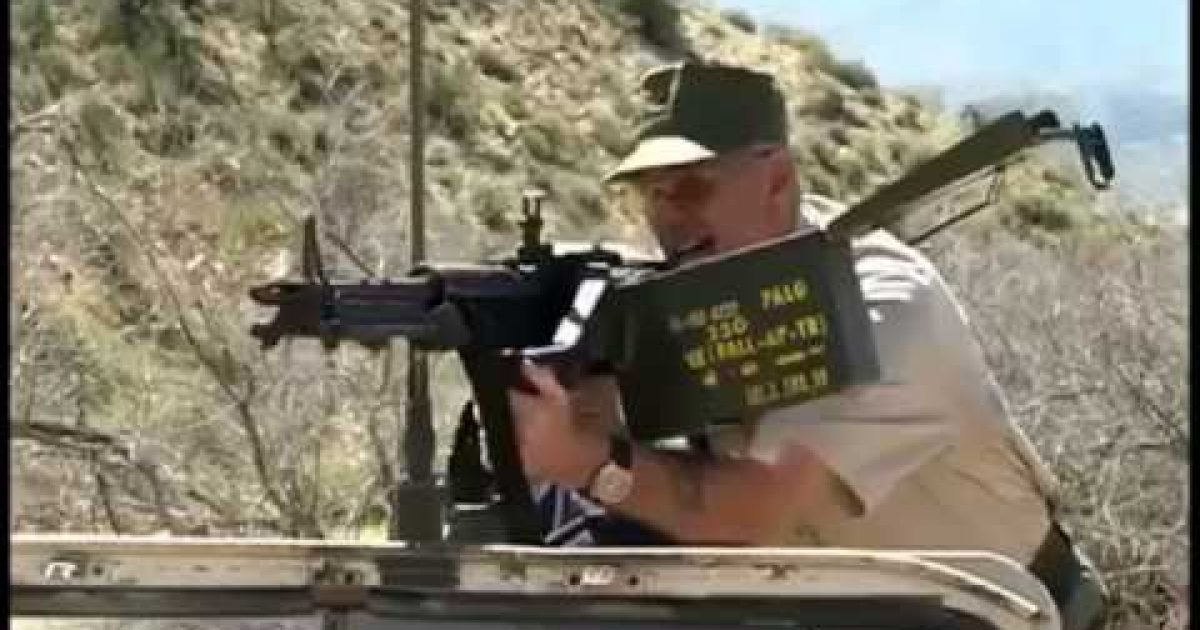 Now before all of you “machine-gun aficionados” out there start in….before you say it, there really is no true fair comparison between the MG42 and the M60. Yes, they are both light squad machine-guns, but the MG 42 has a much higher rate of fire and in a defensive position, that alone can come in pretty handy to the defenders. While the MG42 has a crew of 4, the M60 only really needs one man to operate it. So it can not only be used in a defensive position, it also has the advantage of being one hell of an OFFENSIVE weapon too. The MG42 is capable of firing 1200 rounds a minute, while the M60 fires at a rate of  only 500 rounds per minute.

During my last deployment with the 1st Cavalry Division, at Fort Hood, I was issued an M60 (or as it was also lovingly known “The Pig”) and even though it weighs just over 23 pounds, I got used to the weight fairly quickly. I also learned to use small bursts of ammunition while firing it, to prevent my weapon from over heating. And since the barrel of the MG42 had to be replaced after 100 rounds of continuous fire,  which took a highly trained crew of only 7 seconds to complete, I still prefer the M60, but that’s me, I’m an old fashioned guy.

*Since I originally published this article in April of 2020, the original video with R.Lee Ermey was taken down from YouTube and so I had to improvise and use 2 different videos, one, with R.Lee Ermey talking about the MG-42 and another with an old Vietnam Veteran using the M-60.

Did SCOTUS make the right decision on medical mandates for large businesses?