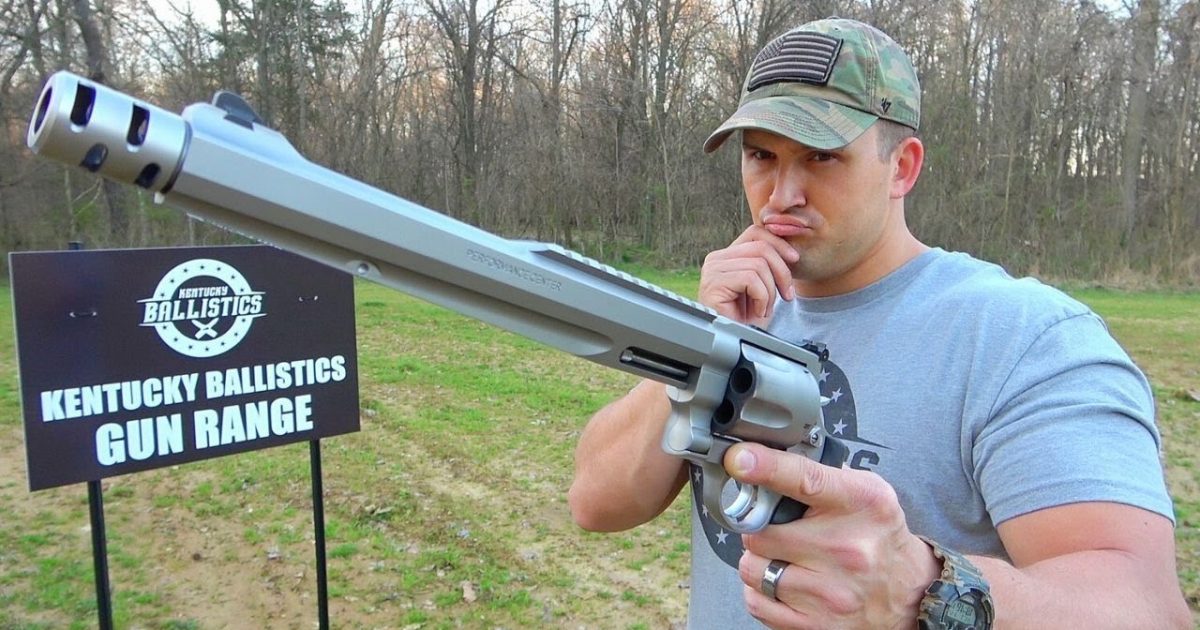 You know what they say- “The BIGGER the gun…the MORE the fun!!”. Now, I don’t know if that’s necessarily true, but it certainly does make for alot of noise, THAT much is true at least. After watching the video below, I just might want to put my hands on one of these babies, THAT’S for sure. I mean, who WOULDN’T want to own a hand-cannon like the S&W 500 magnum?

Just the mere sight of such a weapon pointed at them, would make any would-be burglar piss his pants right there on the spot, that’s for sure. I mean, not only will one round take out any criminal foolish enough to break into your home, it can do it from 4 doors down the street and you would have strain the crook’s remains to get their fingerprints for identification.

Here’s a little bit about this massive weapon courtesy of Wikipedia:

Smith & Wesson had been at the forefront when developing powerful handgun cartridges such as the .357 S&W Magnum and the .44 Remington Magnum. However, since 1960 the company’s .44 Remington Magnum, which it had developed in partnership with Remington, was eclipsed by the .454 Casull. Since then, several other more powerful cartridges had been developed by Action Arms, Linebaugh, Ruger, Wildey, and Winchester for repeating handguns.”