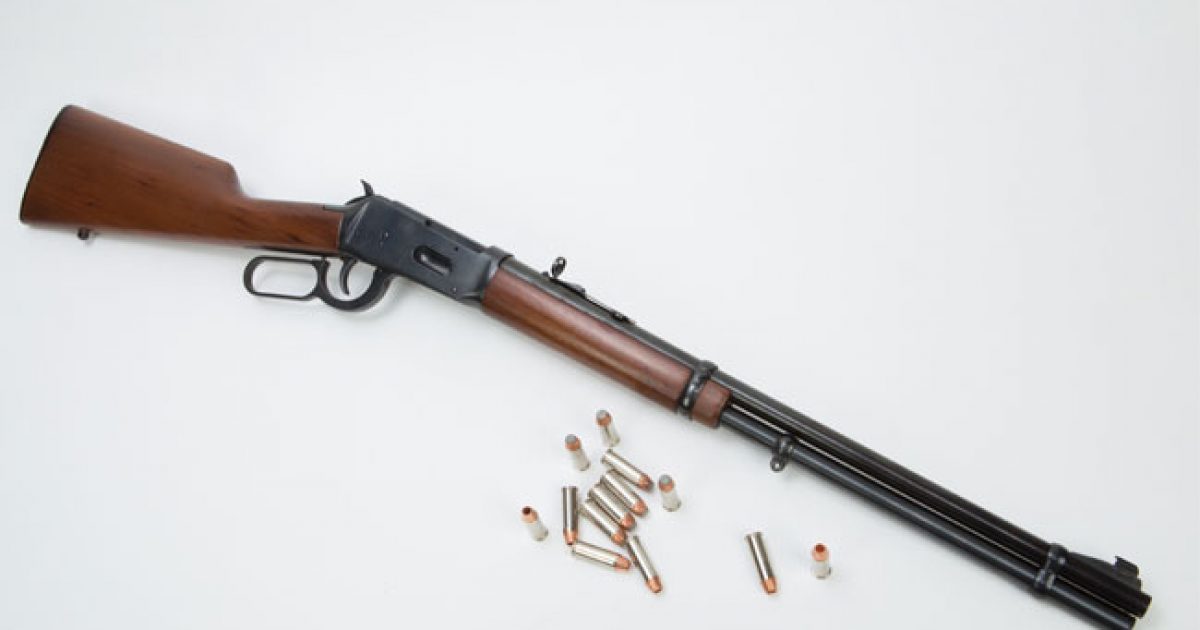 Here’s a little history of the lever action rifle courtesy of Wikipedia:

“In 1826, a lever-action revolver, which could shoot all six shots in less than six seconds, was produced in Italy by a Cesar Rosaglio and patented in 1829.

The first lever-action rifles on the market were likely the Colt’s 1st and 2nd Model Ring Lever rifles, both cap and ball rifles, produced by the Patent Arms Mfg. Co. Paterson, N.J.-Colt’s Patent between 1837 and 1841. The ring lever was located in front of the trigger. This loading lever, when pulled, would index the cylinder to the next position and cock the internal hidden hammer.

Multiple lever-action designs including the Volcanic pistol were designed before the American Civil War, but the first significant lever-action designs were the Spencer repeating rifle and Henry rifle. The Spencer was a magazine fed, lever operated, breech loading rifle designed by Christopher Spencer in 1860. It was fed from a removable seven round tube magazine, enabling the rounds to be fired one after another, and which, when emptied, could be exchanged for another.

Over 20,000 were made, and it was adopted by the United States and used during the American Civil War, marking the first adoption of a removable, magazine fed infantry and cavalry rifle by any country.[citation needed] Unlike later designs, the early Spencer’s lever only served to unlock the falling block action and load a new cartridge from the magazine; it did not cock the hammer, and thus the hammer had to be cocked after the lever was operated to prepare the rifle to fire.

The Henry rifle, invented by Benjamin Tyler Henry, a gunsmith employed by Oliver Winchester in 1860, used a centrally located hammer, rather than the offset hammer typical of muzzleloading rifles, and this hammer was cocked by the rearward movement of the Henry’s bolt. The Henry also placed the magazine under the barrel, rather than in the buttstock, a trend followed by most tubular magazines since.

John Marlin, founder of Marlin Firearms Company, New Haven, Connecticut, introduced Marlin’s first lever-action repeating rifle as the Model 1881. This was chambered in rounds such as the 45/70 and 38/55. Its successor was the 1895 solid top design, which we know as the model 336 today. It also gave rise to the Marlin Model 1894, which is still in production today.”