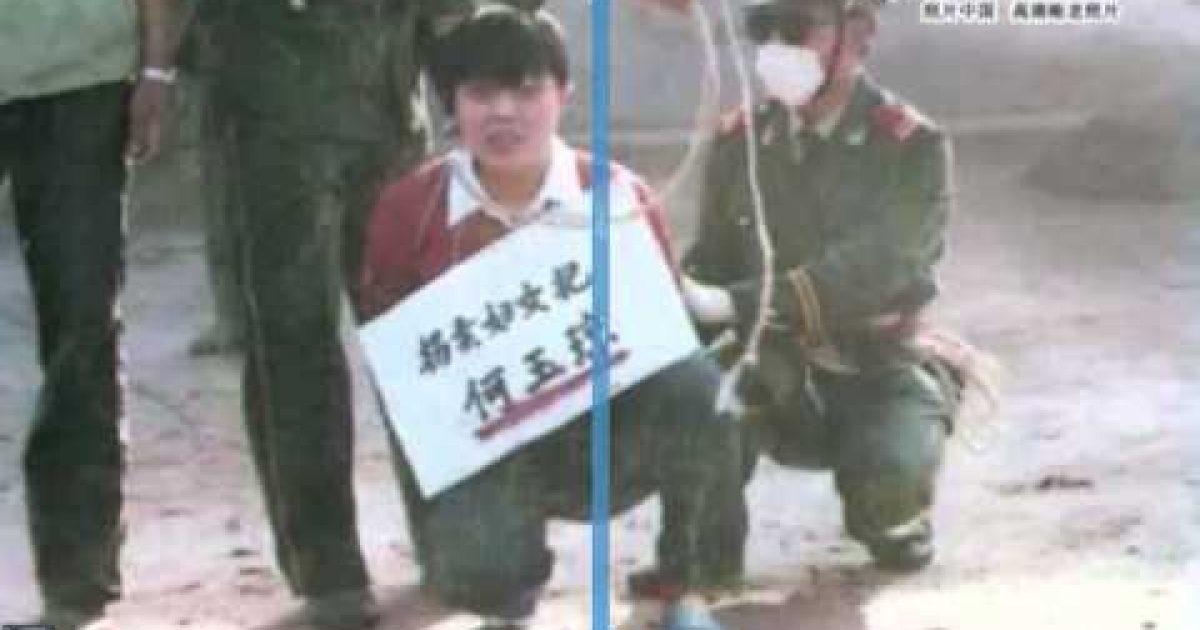 During this particular time in our history, we are all experiencing (in one way or another) the effects of the Wuhan Coronavirus. And while both the Main Stream Media AND the World Health Organization are busy spreading propaganda for the monstrous Chinese Communist Party, here are some images that you DON’T see on the 6:00 O’clock News…executions in China. So, the next time someone calls you “Racist”, or Xenophobic, when you refer to COVID–19 as a “Chinese Virus”…just show them this article.

When some state executes a prisoner here in the United States, it’s a virtual media circus. Every pro-life group comes out of the wood work and they all scramble to get in front of a television camera to talk about how “un-fair” , “barbaric”  and demeaning it is to execute someone. Here in the United States of America 31 states (including the Federal Government) currently allow the death penalty, 19 states do not. In order to be executed in the majority of  those states that still allow execution as a punishment, you almost have to me a mass-murderer and be a virtual monster for them to execute you. And the process, takes years, even decades.

In China…it’s far different, there, they will execute you for a myriad of different crimes, ranging from being a corrupt politician, a drug dealer, or a rapist. In other words, the Chinese government will execute you for crimes, that would get a criminal here in the United States a five year sentence. Bottom line…the Chinese don’t mess around, when you commit a crime in that country and rather than the state babysitting you for 25 years while you lounge-about, watch television and lift weights, they’ll just kill you and be done with it.

The exact number of executions in China…well that’s a well kept state secret, but there is info that tell us, that approximately 3000 to 5000 people (men and women) are executed by the Chinese government every YEAR. If you do the math…it makes us look like saints in comparison. That’s more than the Russians, or the Saudis.  Also (and here’s where it gets downright ugly), since the bodies of the executed persons are the “property of the state”, their organs are harvested and sold world wide. And ladies, they do not discriminate between the sexes, women are also put to death for crimes that would only get them a slap on the wrist here in America. And political dissidents (aka “protesters”)…they get executed all the time.

Kind of makes you feel grateful that you live in a country like the United States Of America doesn’t it ? Remember that next time you put on your pink pussy hat and go-out protesting and burning down buildings and destroying entire communities with your ANTIFA buddies.

*On a personal note…If you do have to go to the store and risk being infected with the Wuhan Coronavirus and you see a product that has “Made in China” written on it…put it back on the shelve and buy something else.