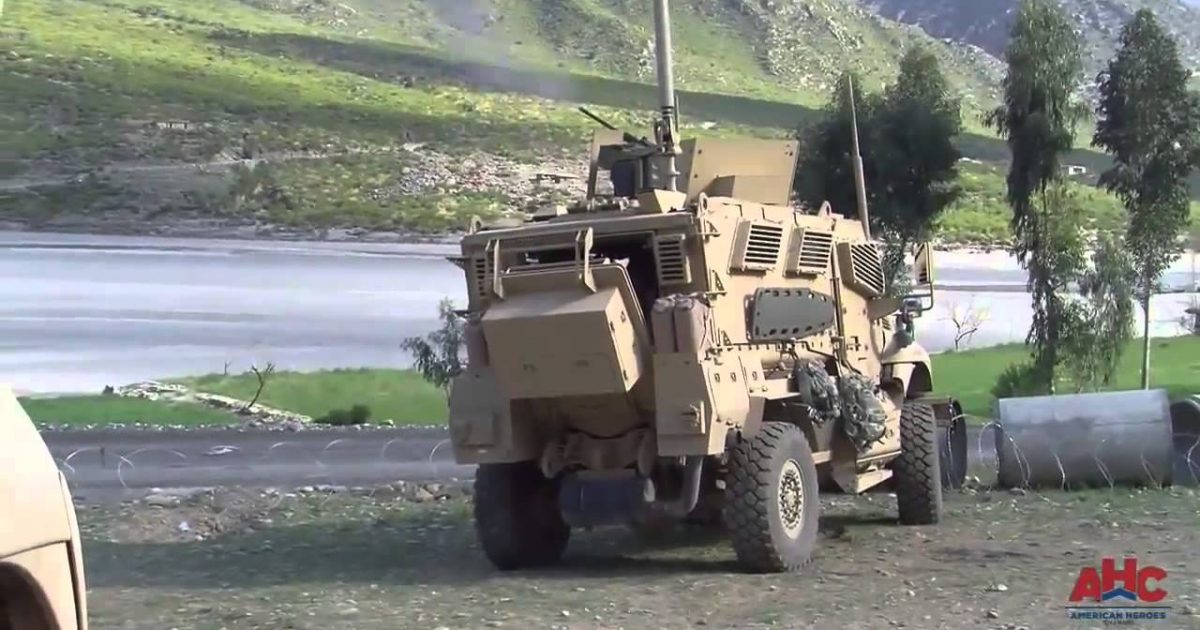 Cowardly Taliban scum thought they were safely hidden in the hills when they started shooting at American forces. After one shot from the enemy, the Americans quickly surmised their position and started returning fire. And it didn’t end there, after placing some automatic fire from an M2 mounted on a  Humvee , which got their attention pretty quickly, the ground forces called in air support and turned the Taliban’s hiding place into dust.

Thankfully there were no service members killed in this instance, although one man was slightly wounded in the leg.

You will notice early on in the video, that one round shot by the enemy was recovered and it was identified as a “Dishka” round. I did some digging and found that the bullet recovered was a Russian heavy 12.7×108mm round. Whoever was up in those hills wasn’t playing around and was using the Russian equivalent of a Barrett .50 cal sniper rifle on the American troops below. Here’s what I think the Taliban was using: The KSVK rifle.

Here’s what Wikipedia has to say regarding it:

The DShK , (or  as Americans call it-“Dishka”) is a Soviet heavy machine gun firing the 12.7×108mm cartridge. The weapon was also used as a heavy infantry machine gun, in which case it was frequently deployed with a two-wheeled mounting and a single-sheet armour-plate shield. It took its name from the weapons designers Vasily Degtyaryov, who designed the original weapon, and Georgi Shpagin, who improved the cartridge feed mechanism. It is sometimes nicknamed Dashka (familiar form of female name Daria) in Russian-speaking countries, from the abbreviation.