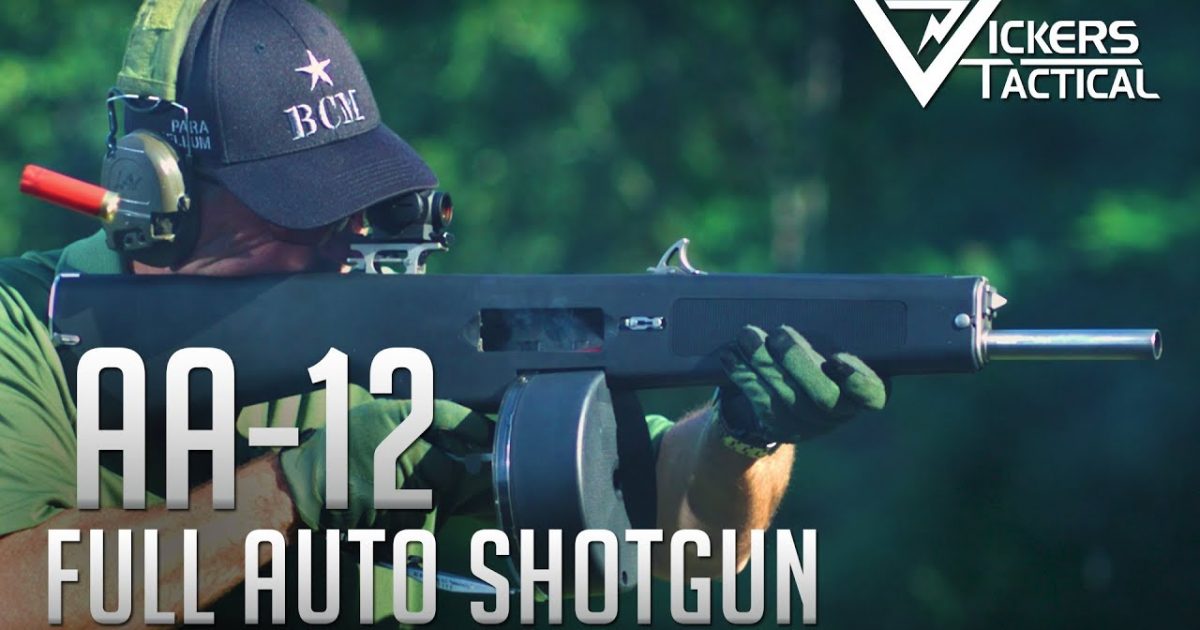 The Auto Assault-12 (AA-12), originally designed and known as the Atchisson Assault Shotgun, is a shotgun developed in 1972 by Maxwell Atchisson. There are some that would say that automatic fire from a rifle, or a shotgun is merely a waste of good ammunition…I disagree

The most prominent feature of the weapon, is reduced recoil. The current 2005 version has been developed over 18 years since the patent was sold to Military Police Systems, Inc. The original design was the basis of several later weapons, including the USAS-12 combat shotgun. The weapon is fully automatic only but fires at a rate of 300 rounds per minute, making it possible to fire one round at a time with brief trigger pulls. It is fed from either an 8-shell box magazine, or a 20- or 32-shell drum magazine.

The AA12 has an overall length of 33.25 inches with the 13.37 inch long barrel and fired from the open bolt.  The barrel with the breaching devise attached is 16.12 inches in length.  The shotgun weighs 10 pounds, which is lighter than some of the decked out M4 carbines in use today. Development of this weapon system has proven how little consistency and quality control is put into factory loaded shotgun ammunition.  Depending on the ammunition being used, the effective range of the shotgun is between 100 to 150 yards.  The finish is normally black but can be had in various camouflage patterns as well.

The shotgun is manufactured from seven different types of aircraft-grade stainless steel using the lost wax process.  One of the final processes is “unobtanium,” a process Baber will not divulge.  According to Military Police Systems (MPS), the manufacturer of the AA12, is that the AA12 is the only weapon system in the world that is virtually maintenance free.