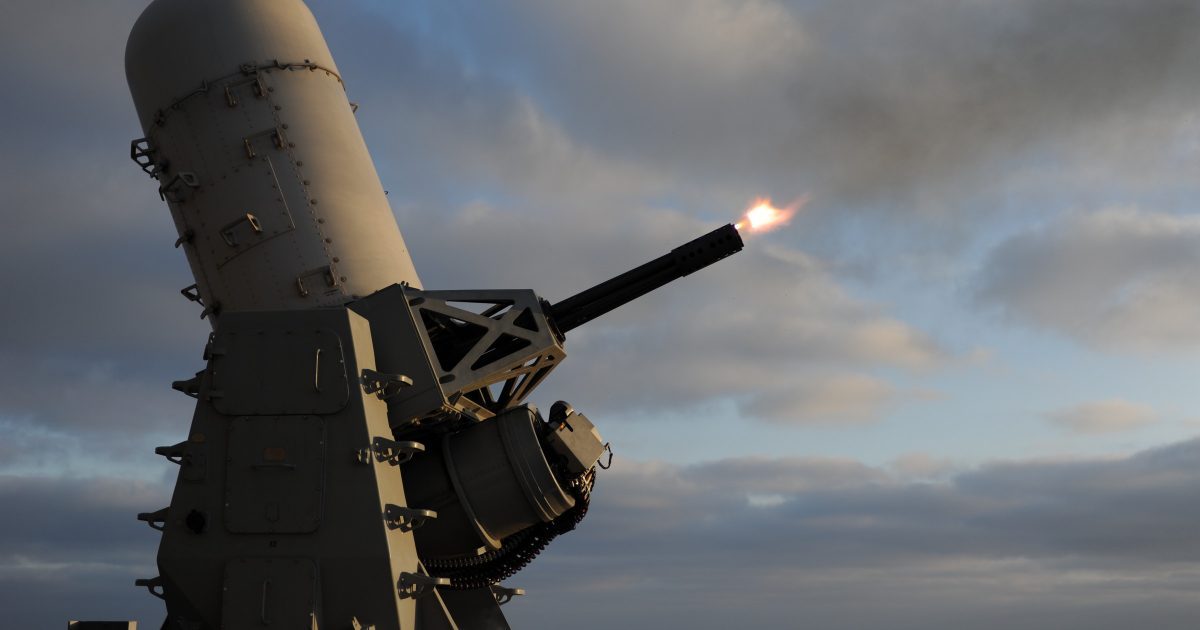 The 20mm Phalanx gun is NO KIDS TOY, this thing is 100 kinds of mean all the live-long day. This may well be the U.S. Navy’s last line of defense, but given the specs on this weapon and all of it’s capabilities, I don’t think a seagull could get by it. Just another weapon in a long list of weapons that kicks serious butt. The Phalanx Close-In Weapons System (CIWS) was developed as the last line of automated weapons defense (terminal defense or point defense) against anti-ship missiles (AShMs or ASMs) and attacking aircraft, including high-g and maneuvering sea-skimmers.

The first prototype system was offered to the U.S. Navy for evaluation on the destroyer leader USS King in 1973 and it was determined that additional improvements were required to improve performance and reliability. Subsequently, the Phalanx Operational Suitability Model successfully completed its Operational Test and Evaluation (OT&E) on board the destroyer USS Bigelow in 1977. The model exceeded operational maintenance, reliability, and availability specifications. Another evaluation successfully followed, and the weapon system was approved for production in 1978. Phalanx production started with orders for 23 USN and 14 foreign military systems. The first ship fully fitted out was the aircraft carrier USS Coral Sea in 1980. The Navy began placing CIWS systems on non-combatant vessels in 1984.

The Phalanx CIWS (pronounced “sea-whiz”) is a close-in weapon system for defense against anti-ship missiles. It was designed and manufactured by the General Dynamics Corporation, Pomona Division (now a part of Raytheon). Consisting of a radar-guided 20 mm Vulcan cannon mounted on a swiveling base, the Phalanx has been used by multiple navies around the world, notably the United States Navy on every class of surface combat ship with the exception of the San Antonio class LPD, by the British Royal Navy in its older escorts (where weight limits the use of the heavier Dutch Goalkeeper 30 mm CIWS), by the United States Coast Guard aboard its Hamilton-class and Legend-class cutters, and the navies of 16 allied nations.

A land based variant, known as C-RAM, has recently been deployed in a short range missile defense role, to counter incoming rockets and artillery fire. Because of their distinctive barrel-shaped radome and their automated nature of operation, Phalanx CIWS units are sometimes nicknamed “R2-D2” after the famous droid character from the Star Wars films.
H/T – Wikipedia
Facebook Twitter