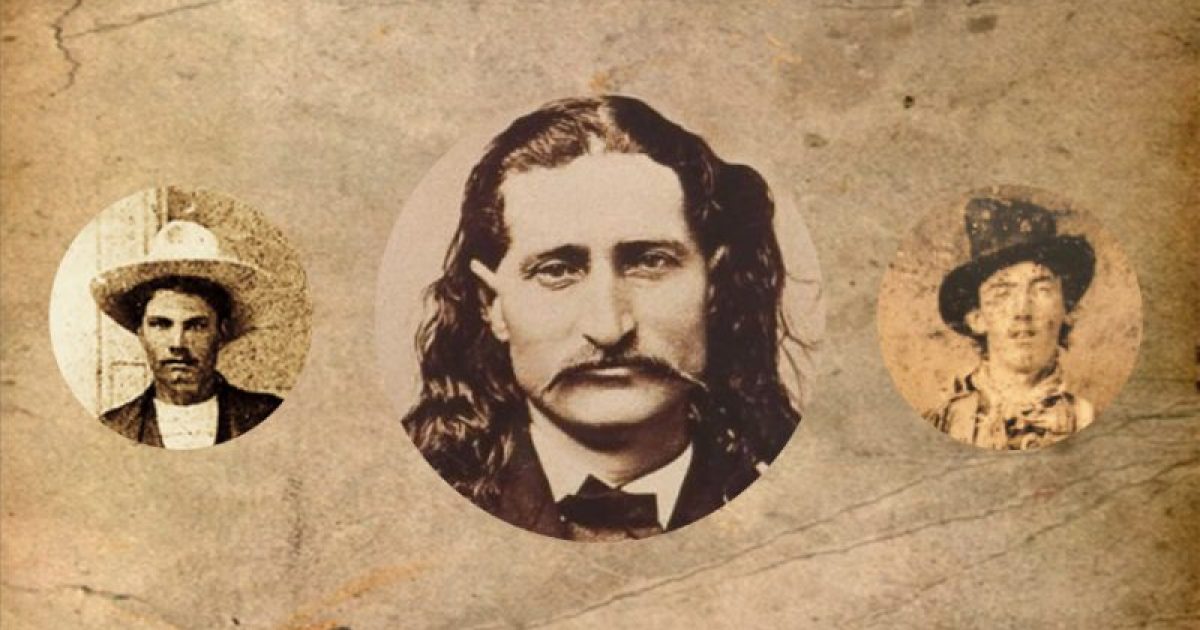 To this day even in the 21st century, Americans, hell, even the entire world, still has a fascination with the ‘Old West’ of American history. Television shows and movies that depict life on the frontier in America during the second half of the 19th century are what most folks are most interested in it seems. The image of the western gunfighter, still even to this day, draws attention, fascination and even admiration from kids of all ages. In truth, the image of the lone gunfighter is forever linked with that of the old west and American history.

In the video below, we spotlight 7 of the all time most bad-ass and dangerous gunslingers of the old west. These 7 were everything from train robbers, to lawmen and each of them had a reputation for quick thinking and deadly action. While some were just criminals, others were law enforcement officers and gamblers. While nearly all of these men during their lifetime was the subject of many a dime novel, some were literally legends during their own lifetime and their death’s were also the stuff of legend.

Watch the video below and see if you agree with the list, the numerical order doesn’t necessarily mean anything, that’s just the way the video was made. Beneath the video I placed some information about each of these men, so, ‘saddle-up’ and enjoy the show partners!!

#1. Harvey Alexander Logan (1867 – June 17, 1904), also known as Kid Curry, was an American outlaw and gunman who rode with Butch Cassidy and the Sundance Kid’s infamous Wild Bunch gang during the late 19th and early 20th centuries. Despite being less well-known than his fellow gang members, he has since been referred to as “the wildest of the Wild Bunch”,having reputedly killed at least nine law enforcement officers in five different shootings, and another two men in other instances. He was involved in numerous shootouts with police and civilians and participated in several bank and train robberies with various gangs during his outlaw days.

#2. James Butler Hickok (May 27, 1837 – August 2, 1876), better known as “Wild Bill” Hickok, was a folk hero of the American Old West, known for his work across the frontier as a drover, wagon master, soldier, spy, scout, lawman, gunfighter, gambler, showman, and actor. He earned a great deal of notoriety in his own time, much of it bolstered by the many outlandish – often fabricated – tales he told about his life. Some contemporary reports of his exploits are known to be fictitious but, along with his own stories, remain the basis for much of his fame and reputation.

#3. Jesse Woodson James (September 5, 1847 – April 3, 1882) was an American outlaw, guerrilla, gang leader, bank robber, train robber, and murderer from the “Little Dixie” area of western Missouri. He was the most famous member of the James-Younger Gang. Jesse and his brother Frank James were Confederate guerrillas or bushwhackers during the Civil War. They were accused of participating in atrocities committed against Union soldiers, including the Centralia Massacre. After the war, as members of various gangs of outlaws, they robbed banks, stagecoaches, and trains.

#4. Wyatt Berry Stapp Earp (March 19, 1848 – January 13, 1929) was an American Old West gambler, a deputy sheriff in Pima County, and deputy town marshal in Tombstone, Arizona Territory, who took part in the Gunfight at the O.K. Corral, during which lawmen killed three outlaw cowboys. He is often regarded as the central figure in the shootout in Tombstone, although his brother Virgil was Tombstone city marshal and Deputy U.S. Marshal that day, and had far more experience as a sheriff, constable, marshal, and soldier in combat.

#5. Robert Leroy Parker (April 13, 1866 – November 7, 1908), better known as Butch Cassidy,[1] was a notorious American train robber and bank robber, and the leader of a gang of criminal outlaws known as the “Wild Bunch” in the American Old West. After participating in criminal activity in the United States for more than a decade at the end of the 19th century, the pressures of being pursued by law enforcement, notably by the Pinkerton detective agency, forced Parker to flee the country with an accomplice, Harry Alonzo Longabaugh, known as the “Sundance Kid”, and Longabaugh’s girlfriend Etta Place. The trio traveled first to Argentina and then to Bolivia, where Parker and Longabaugh were supposedly killed in a shootout with Bolivian police in November 1908; the exact circumstances of their fate continue to be disputed.

#6. Harry Alonzo Longabaugh (1867 – November 7, 1908), better known as the Sundance Kid, was an outlaw and member of Butch Cassidy’s Wild Bunch in the American Old West. He likely met Butch Cassidy (real name Robert Leroy Parker) after Parker was released from prison around 1896. Together with the other members of “The Wild Bunch” gang, they performed the longest string of successful train and bank robberies in American history.

#7. Billy the Kid, born Henry McCarty; also known as William H. Bonney (September 17, 1859 – July 14, 1881) was an American Old West gunfighter who participated in New Mexico’s Lincoln County War. He is known to have killed eight men. His first arrest was for stealing food in late 1875, and within five months he was arrested for stealing clothing and firearms. His escape from jail two days later and flight from New Mexico Territory into Arizona Territory made him both an outlaw and a federal fugitive. After murdering a blacksmith during an altercation in August 1877, Bonney became a wanted man in Arizona Territory and returned to New Mexico, where he joined a group of cattle rustlers. He became a well-known figure in the region when he joined the Regulators and took part in the Lincoln County War. In April 1878, however, the Regulators killed three men, including Lincoln County Sheriff William J. Brady and one of his deputies. Bonney and two other Regulators were later charged with killing all three men. Bonney’s notoriety grew in December 1880 when the Las Vegas Gazette in Las Vegas, New Mexico, and the New York Sun carried stories about his crimes.[4] He was captured by Sheriff Pat Garrett later that same month, tried and convicted of the murder of Brady in April 1881, and sentenced to hang in May of that year. Bonney escaped from jail on April 28, 1881, killing two sheriff’s deputies in the process, and evaded capture for more than two months. He ultimately was shot and killed by Garrett in Fort Sumner on July 14, 1881.