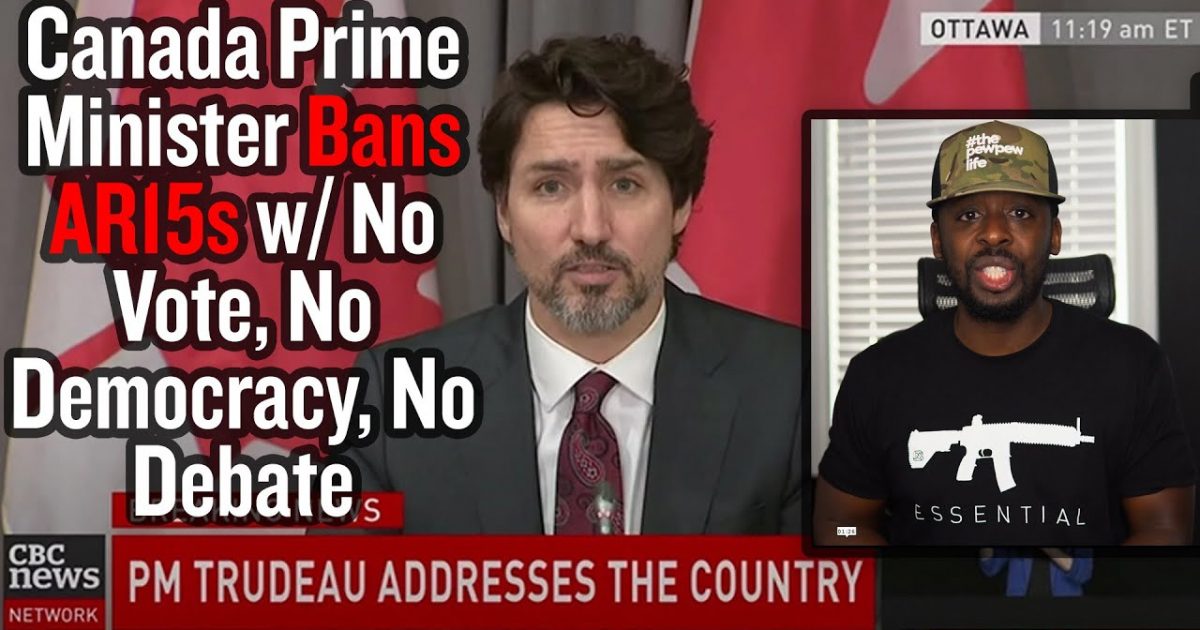 This ladies and gentlemen is what happens when you don’t have constitutionally protected rights. One man can unilaterally make a decision about how you choose to protect your life without your input. This is the same man who’s government’s laws failed to stop a man from illegally acquiring guns and killing 22 innocent people.

Right now, Trudeau and the entire Canadian government should be apologizing to the people of Nova Scotia because they failed to protect the people that depended on them for their safety. Instead of taking responsibility for the failure of the government like a true leader should, He’s blaming it all on a tool that we don’t even know was used.

If an AR-15 was used, trust me, they would be parading that information non-stop, 24-7 on every Canadian news network. This guy didn’t even get the guns from Canada, he smuggled them in from another country and when a cop did arrive, he killed the poor woman and took her gun. Is Trudeau going to ban cops from having guns so that criminals can’t take them from cops? The type of gun had nothing to do with this. He killed 9 of the 22 people with fire. He went door to door and shot the others, He didn’t need an AR-15 to do this, he just as easily could have used a shotgun or a handgun. Hell, he might have but they won’t tell us what he used.

The people of America need to wake up and pay attention. Canada was “gifted” their independence, which means, it can be taken back. The US on the other hand, fought for its independence, so we know first hand the dangers of unilateral oppression and because of this, they enshrined our right to bear arms in our constitution to prevent what Trudeau is unilaterally doing in Canada from happening here in the US.

Yet, we still have people willing to simply give away these rights in the name of a false sense of security.Don’t fall for it, because in the end, it’s simply just about taking your God given rights away and putting your life in the hands of some idiotic politician !!