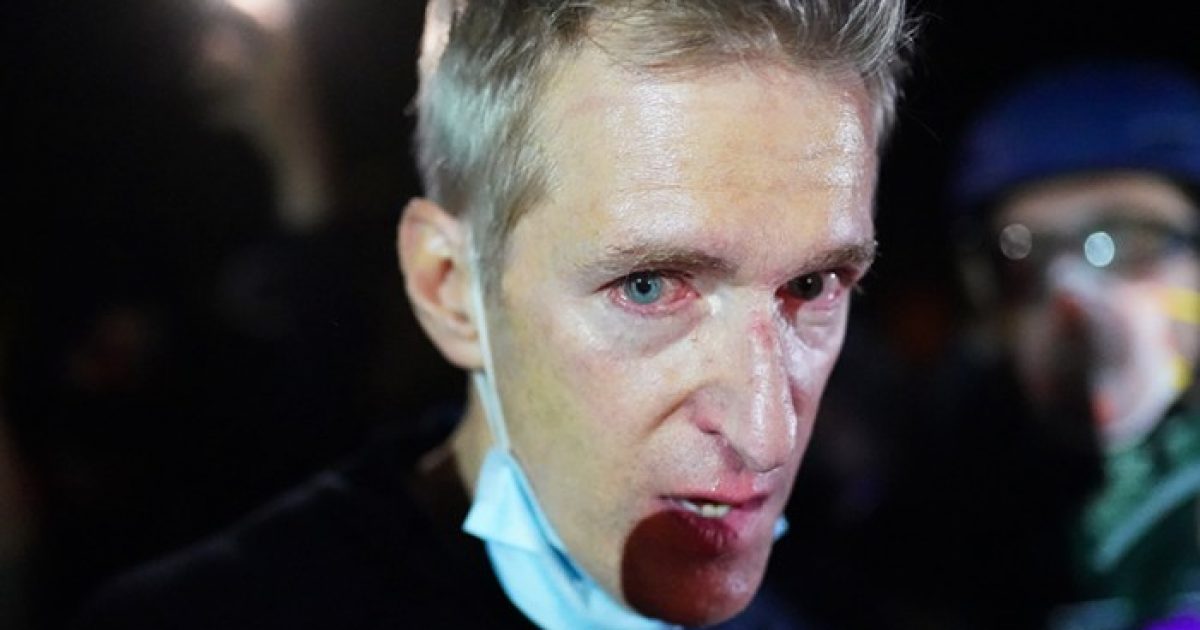 As I watched your press conference on Fox News today, I must say, that you made me sick to my stomach. Your attempt at calling out the violence that has plagued Portland, Oregon, was nothing more than a lame attempt to salvage your own failures as mayor of what once was, a beautiful city. You have allowed the racist, communist, hate groups, like Antifa and BlackLivesMatter to roam freely for three months, burning, looting and assaulting law enforcement officials. Your policy of defunding the Gun Violence unit in your own city’s police force, has seen a rise in gun violence to the tune of 380 percent!! And as I watched your press conference, you had the nerve to say that the “violence”, which has now claimed the life of a peaceful, law abiding citizen is now somehow “unacceptable”?!?

If I were the family of the individual that was killed yesterday, I would sue both the City of Portland and YOU, because it is YOU that have allowed this violence in Portland to fester and grow to what it is now. You stood by and watched as statues and multiple buildings were violently attacked by Antifa and BlackLivesMatter thugs. That’s why it makes me sick to my stomach that now, all of a sudden, that you call for an ‘end to the violence’ that you have not raised a finger to stop, until now and I watched as you called the United States of America a “systemically racist” nation, maybe in Portland black people are “oppressed”, but need I remind you that this is the year 2020 and not 1962? If America is such a terrible and racist country, then explain to me how a black man was elected to the office of President of the United States…not once mind you, but twice??

You are a pathetic little man who has made no attempt to do anything, but throw gasoline on the flames of hatred in your own city, that’s why I will not cross the I-5, or, 205 Bridge and go to Portland, for any reason what so ever.

Your attempt to blame all of this violence on President Trump was disgusting…and I might add, something only a person of low character would do.   You have allowed Antifa to roam freely in Portland since the election of Donald Trump in in November, of 2016 and have done nothing to stop that communist, racist hate group since then. Let’s face it “Mister Mayor”, you are a failure, not only as a politician, but as a human being. Why don’t you do the City of Portland a favor…and resign, because you are worthless as tits on a boar as a politician. Even Antifa and BlackLivesMatter want you to resign (and THAT says something), you thought you could control the mob, but by all accounts…the mob controls YOU.

Do us all a favor, you should listen to them and resign.

The video below highlights just who the democrats and their supporters are.