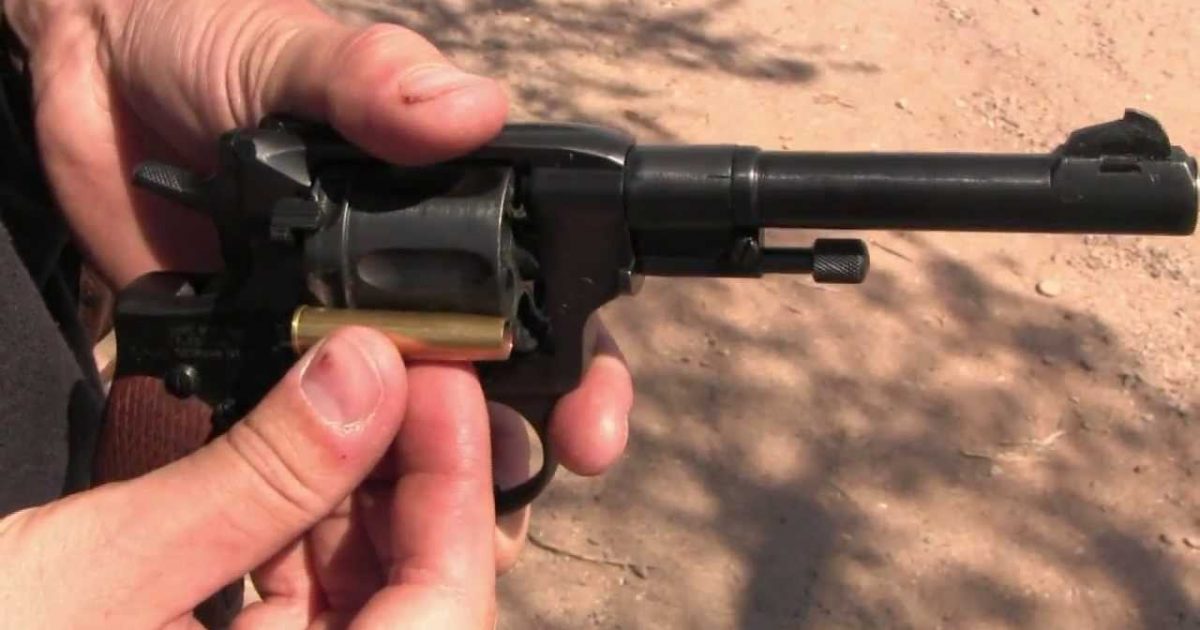 Call me crazy, or even a bit old fashioned, but I tend to like old guns, you might even say that I have a penchant for them. I like the way they look and more times often than not, I even think that they tend to work better than some of the new stuff that’s out there today. I even think that some (not all of course) of the older guns are a little “romantic”, they harken back to a time when men were men and everybody tended to be more “polite”, because if you were one of those people who were rude, you usually ended up with a bullet in your chest, because “back in the day”, everybody carried a gun and you HAD to be “polite”.

With that being said, the subject of today’s article is anything BUT “sexy”, or “romantic”. The 1895 Nagant revolver, while it is old fashioned, it is not any of those attributes I mentioned. It was highly functional, but it was about as ugly as a bag of  skunks. But let’s face it, nothing the Russians ever made when it came to guns, would ever put it into the “sexy”, or “romantic” categories, but what ever their shortcomings, they were highly functional and effective.

One of the most mechanically interesting guns that is really widely available in the US for a great price (or was until very recently, it seems) is the Russian M1895 Nagant revolver. It was adopted by the Imperial Russian government in 1895 (replacing the Smith & Wesson No.3 as service revolver), and would serve all the way through World War II in the hands of the Red Army. As with its other standard-issue arms, the Russian government intended to manufacture the M1895 revolvers domestically.

However, when the Nagant was officially adopted the major Russian arsenals were already working at capacity to make the relatively new M1891 rifle, so the first 20,000 revolvers were made by Nagant in Liege, Belgium. In 1898 space had been freed up to start production at the Tula arsenal, where they would be made until 1945 (Ishevsk put the Nagant revolver into production as well during WWII). The common version available in the US today is a 7-shot, double action revolver chambered for 7.62x38mm. That cartridge is a very long case with the bullet sunk down well below the case mouth. The cylinder of the Nagant cams forward upon firing, allowing the case mount to protrude into the barrel and seal the cylinder gap, thus increasing muzzle velocity slightly.

This also allows the Nagant to be used effectively with a suppressor, unlike almost all other revolvers (in which gas leaking from the cylinder gap defeats the purpose of a suppressor). The Nagant’s 7.62x38mm cartridge pushes a 108 grain jacketed flat-nose projectile at approximately 850 fps (I believe a lighter 85-grain load was also used by the military later, but I haven’t fired any of it), which puts it roughly between .32 ACP and .32-20 ballistics. Not a hand cannon by any stretch, but fairly typical for the era (the 8mm Nambu and 8mm French revolver cartridges were both pretty similar in performance to the 7.62mm Nagant).

As far as being a shooter, the Nagant is mediocre, but reliable. The grip and sights are acceptable (but not great), and the cylinder loads and unloads one round at a time. The low pressure round doesn’t stick in the cylinder, at least. The worst part for a recreational shooter is the trigger, which is very heavy in double action. Single action is also heavy, but very crisp. Recoil is mild, and not uncomfortable at all.

Like most Russian weaponry, the design was simple and effective, and really a good fit for the Red Army and WWII fighting conditions.