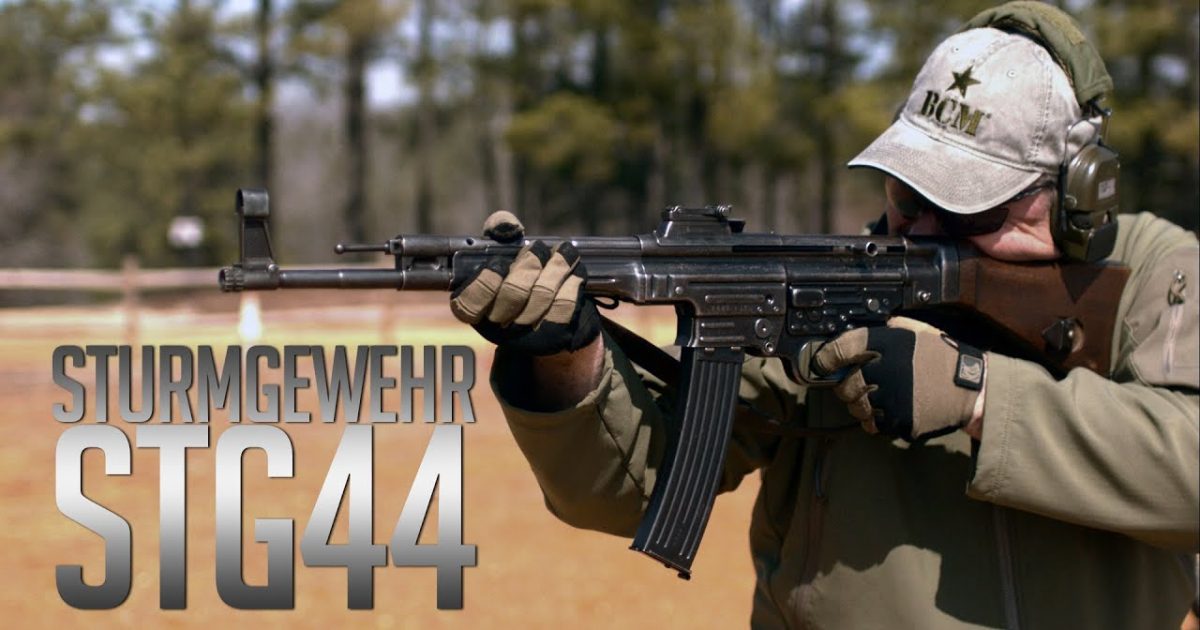 If you think that the AK-47 is the world’s first “assault rifle”, then you’d be dead wrong. That honor goes to the STG44, this was the first rifle to fire an intermediate cartridge, the 7.92×33mm Kurz (a.k.a. 8mm Kurz or Pistolenpatrone 43) and could fire in semi-auto, or fully automatic. Initially, when shown the STG44, Adolph Hitler wasn’t impressed, he was of the belief that the standard bolt action rifle used by the Wehrmacht (the Karabiner 98 kurz) was a superior weapon and would not allow the STG44 to be issued to his troops.

If it wasn’t for some ambitious( and daring) individuals within Hitler’s staff, this rifle would never have seen combat, going above Hitler’s head, the STG44 was initially issued to a limited number of Wehrmacht troops late in 1944 and the response by those troops was phenomenal and so a greater number of troops were issued this “wonder weapon”, sadly, even with this rifle, the war was going against Germany by late 1944 and so even with it, it made very little impact on the battle field. But, as they say, the “genie was out of the bottle,”, and the era of the assault rifle was born.

The StG 44 (abbreviation of Sturmgewehr 44, “assault rifle 44”) is a German selective-fire assault rifle developed during World War II by Hugo Schmeisser. It is also known as the MP 43 and MP 44 (Maschinenpistole 43 and 44). The StG 44 was an improvement of an earlier design, the Maschinenkarabiner 42(H).

The StG 44 was the first successful assault rifle, with features including an intermediate cartridge, controllable automatic fire, a more compact design than a battle rifle with a higher rate of fire, and being designed primarily for hitting targets within a few hundred meters. Other rifles at the time were designed to hit targets of over a thousand meters, but this was found to be in excess of the range in which most enemy engagements actually took place.
The StG 44 fulfilled its role effectively, particularly on the Eastern Front, offering a greatly increased volume of fire compared to standard infantry rifles. The StG largely influenced the Soviet AK-47 that was introduced three years after the war concluded. Its influence can still be seen in modern assault rifles, which, after World War II, became the global standard for infantry rifles.
Facebook Twitter