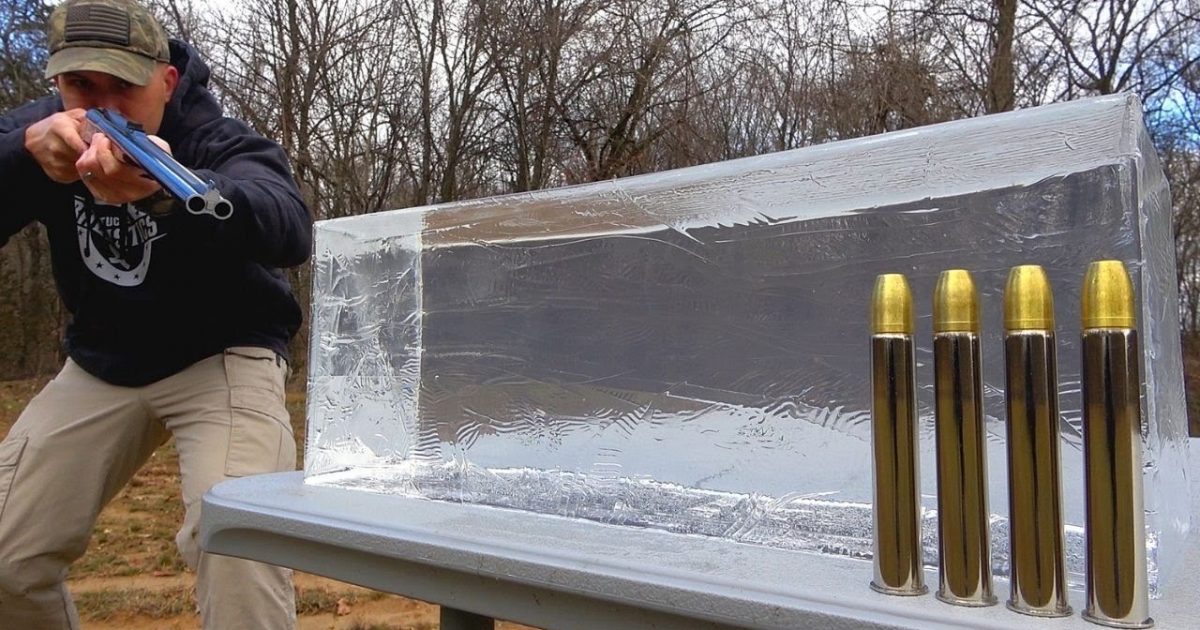 Since most of the country is still on lock-down and alot of you are stuck at home, I thought I’d throw something really cool into the mix today, with a great video from our buddies over at Kentucky Ballistics. In today’s video, they blast some ballistic gel with 500 Nitro Express ammunition, firing it out of a double barrel elephant rifle, there’s no real purpose for this, except to see just what effect the ammo will have on the blocks of gel (apparently, these good ol’ boys have alot of free time on their hands).

Here’s a little bit of info on the ammo they’re using:

“The .500 Nitro Express is a rifle cartridge designed for hunting large and dangerous game animals in Africa and India. This cartridge was primarily designed for use in double rifles though various single shots were produced on the Farquarson action and at least one major company (Heym) produced it in bolt-action configuration. It was commonly available in two lengths: a 3.00 in (76 mm) and a 3.25 in (83 mm) version.”

Okay, now that you’re up to speed on the technicalities, enjoy the video.