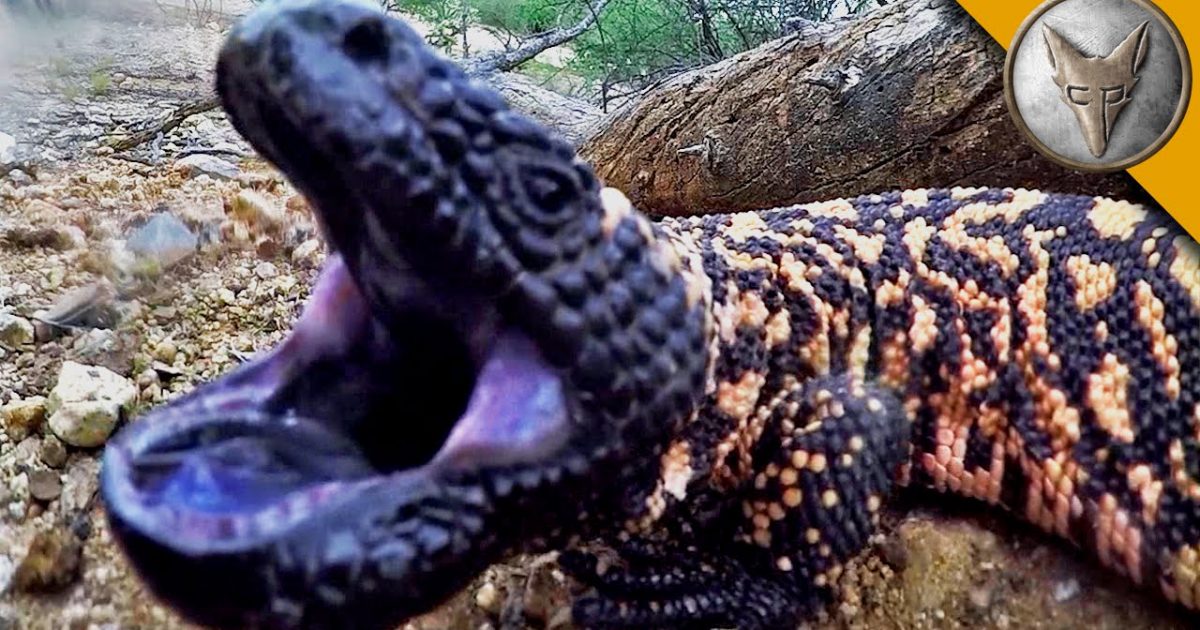 Who doesn’t like a good outdoors show? As a kid growing up back in the early to mid 1960’s, I remember sitting in front of the television and watching “Mutual of Omaha’s Wild Kingdom” on a Sunday evening and afterwards, came “Walt Disney’s Wonderful World of Color “.  Occasionally, that show aired  some wonderful wildlife documentaries and I enjoyed them immensely.

Today however, everything seems to have “shock value”, what with the introduction of the “Reality Show” on television. This “shock value” has spread to many different types of television shows, everything from relationships, to wildlife shows. While I still like to watch wildlife programs, I think today, that many of the hosts take too many chances when they interact with wild animals, case in point, Coyote Peterson.  While I do like his videos, I think he takes too many chances and, as you’ll see below, sometimes, they are painful and even life threatening.

About the Gila Monster:

On this episode of Breaking Trail, Coyote receives the WORST animal bites of his life when he is “accidentally” bitten by the only venomous lizard in the United States, the Gila Monster! Known for having one of the most painful bites in the world, Coyote talks about his body’s reaction to the Gila’s venom and how he dealt with this injury while being out in Arizona’s Sonoran Desert.

I know this may sound just a tad bit redundant, but kids…DON’T TRY THIS AT HOME.