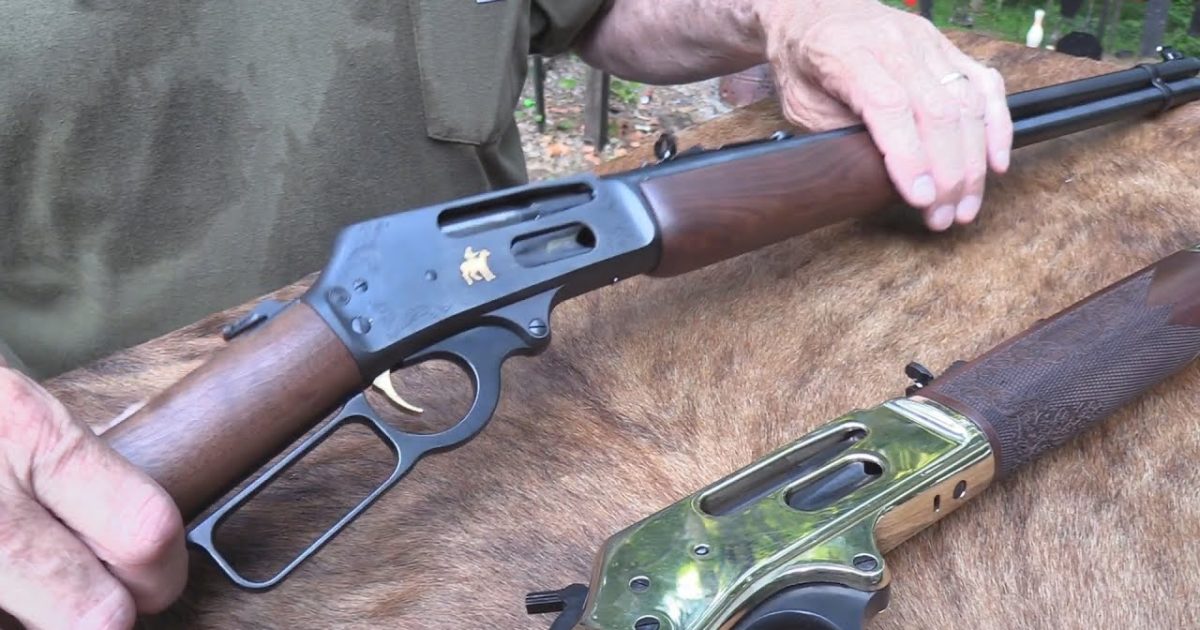 The first thing I want to make clear to everyone is, I am not saying anything good, or bad about either of the guns spotlighted in the video below. Both the Marlin and Henry rifles are darn good firearms and in my opinion, it’s all about a simple matter of preference. There are those folks that swear by both and well they should, both are very good and reliable guns.

Speaking for myself, I own two Marlin lever guns, one is my Marlin Model 1895, 45-70 Government and the other is my Marlin Model 336, 30-30. Both are very good , reliable and accurate rifles and I’ve never had a complaint with all of the years I’ve used them.

As far as the Henry rifles go, I’ve never owned one, so anything I could say would not come from any personal experience regarding them. I do know, that Henry rifles are very good guns, my only complaint would be their cost, which compared to the Marlin’s is a little too spendy.

But, like I said, both are very good quality firearms and no matter which one you purchase, would be worth your while.

About the Marlin Model 336:

“The Model 336 family are icons of the deer woods. Each lever-action rifle is chambered in 30-30 Win. or .35 Rem., and features Micro-Groove® rifling, ensuring that tags will be filled, mouths fed and the reign of America’s ultimate woods rifle will continue going strong. Its substantial sidewalls are cut out only where necessary for loading and ejection. For rock-solid reliability, heat-treated solid-steel forgings are used for the receiver and trigger guard.”

“From the Northwoods to the Texas hill country and in every deer camp and lodge in between, the .30-30 rifle remains the perennial choice of whitetail hunters. More than just another deer cartridge, the venerable .30-30 has been the king of deer calibers since the first rifle chambered in this ageless round was produced in 1894. In fact, it’s a safe bet that in the past century, no other round has put more antlers on the wall and venison in the freezer than the .30-30.”

Okay, so now that you have a description of both guns, kick-back and enjoy the video by “Hickok45”