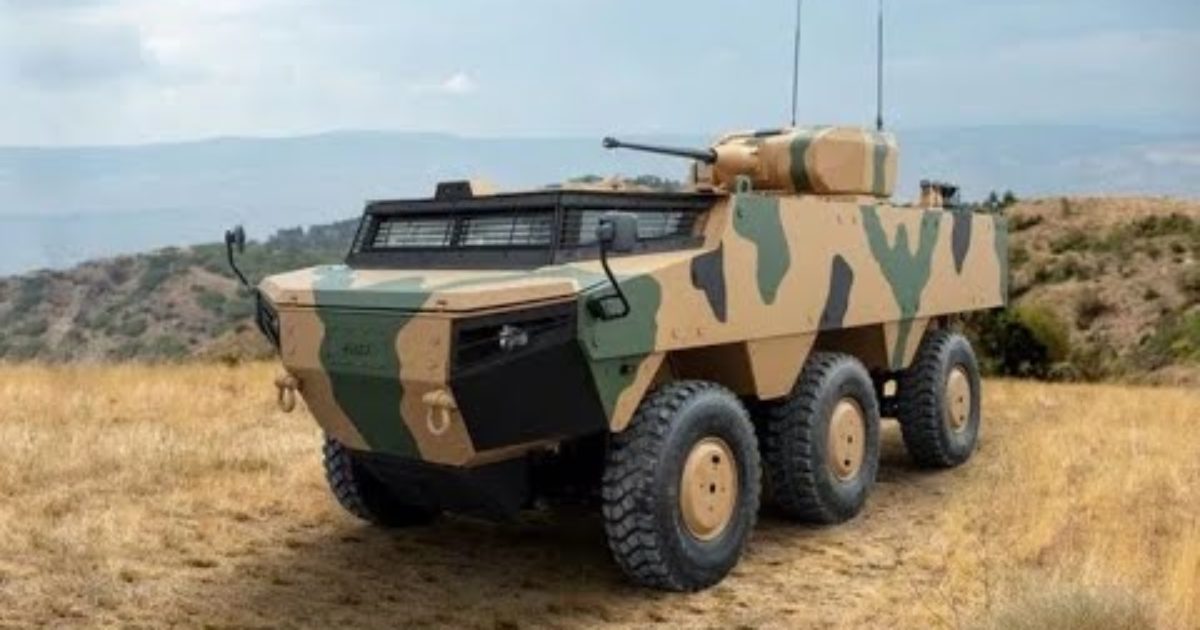 An armored fighting vehicle is an armed combat vehicle protected by armor, generally combining operational mobility with offensive and defensive capabilities. AFVs can be wheeled, or tracked. But today’s focus will be on armored vehicles with wheels (6 to be exact), what’s the advantage you may ask…let’s explore the possibilities.

Today, we’ll wade into the seemingly endless debate of whether wheels, or tracks, are better by pointing out some of the significant advantages of the former. One of these pros is speed; simply put wheeled vehicles can go faster – albeit surface permitting. Put a tank side by side with a wheeled vehicle on a city street and there is no contest.

Of course, tearing up the streets of a city doesn’t matter too much when it isn’t your own city, but rather one in a far-flung corner of the globe. However, due to the nature of cities’ tight, close-quarters firing lines, slowly hulking through the streets on tracks makes you an easy target for a combatant with a rocket-propelled grenade. The faster speed of wheeled vehicles, on the other hand, comes into its own in these environments.

A 2017 RAND corporation report commissioned by the Australian Defense Science and Technology Group details how this became a problem for the US during the NATO peacekeeping mission in Kosovo. The report reads: “The heavy American M1A1s and the M2 Bradley IFVs particularly angered many locals because their treads damaged many fields and road systems. Also, the larger vehicles’ inability to navigate urban terrain led to additional casualties.” The RAND report adds: “Wheeled vehicles have shown better on-road mobility, savings in maintenance, and reduced crew and squad fatigue”.

Maintenance and ease of repair are other advantages using wheeled platforms over tracks. If a tank is hit and the track becomes separated it is rendered immobile, whereas if a tire is blown, thanks to run-flat technology, the vehicle can usually travel far enough to get out of danger. And if you’ve ever been in combat…you can appreciate the ability of getting out of a tight spot in a hurry.