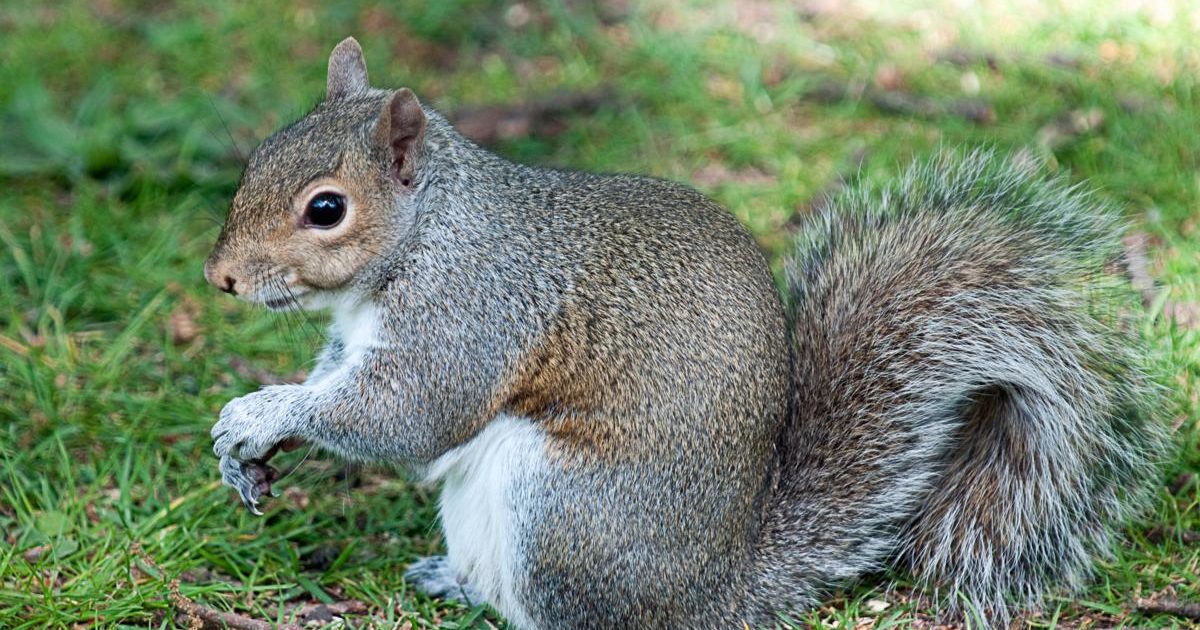 The fall woods smelled fantastic in the early morning dew as my dad and I slipped through the forest. I was right on his hip so he could whisper instructions to me as we scanned for our quarry. New to hunting, everything sounded like an animal, so I was full of questions, but I was learning patience. We split up to cover more ground, keeping in sight of each other and five minutes later, there it was. Scrounging through the leaves on the forest floor for acorns, the big gray squirrel never saw me.

Instinctively I froze when I saw him, not wanting to spook it while I slowly raised the .410 to my shoulder. Lining it up with the bead front sight I waited for the gray to sit up maybe 20 yards away. When he sat up to eat, I squeezed off the shot just like my dad had taught me. Everything in front of me was filled with smoke as adrenaline surged through me and I chambered another shell. As the smoke drifted away I couldn’t see the squirrel, dad asking from my left if I got him.

Easing my way forward I saw the place it had sat up to feed, leaves were disturbed where I shot. Another five yards and I could see something gray sticking out from under the leaves, the tail of MY squirrel. Moving up to it I brushed the leaves back with my boot to make sure it wasn’t still alive. Poking the eye with a stick to confirm it was dead, I picked it up by the tail with one of the biggest grins on my face ever! And just like that, I had started my lifetime hunting journey at 11 years old.

The hardwood mountains of Arkansas, the Ozarks and Ouachita’s, were a great place for me to cut my hunting teeth. Both gray and fox squirrel were abundant, especially along the creek and river bottoms. Whitetail deer, black bear, and turkey were also increasing in population. And then what Arkansas is mostly known for in the hunting world, duck hunting. But for a young boy, squirrels were fantastic to learn the craft of hunting.

Squirrels are great for young hunters to start out with. The daily bag limit is usually six to eight, depending on your state which means lots of potential action. That is important these days if you want to get kids off their electronic games and into the outdoors. They are extremely easy to clean and yes, great to eat. Squirrels can be hunted with .22 rifles, air rifles, archery, and small gauge shotguns for small hunters.

Most squirrel hunting is done by spotting and stalking, quietly moving through the woods. This is a great way to teach new hunters woodsmanship along with the basic skills of hunting. Proper firearms safety is also of utmost importance to teach in the very beginning. That was something my father preached every time we went into the woods and I still practice it today. Firearms safety/handling is one of my deciding factors on choosing who to hunt with.

I hunted squirrels every fall while stationed at Marine Corps Air Station Cherry Point, North Carolina in the 80’s/90’s. There was a parcel of land that belonged to the base on the northwest side of the Neuse River. It was fenced off and only base property as part of the runway approach but full of hardwoods. Many Saturday mornings were spent stalking those woods with the small, gentle ridges there, full of squirrels. I’d estimate that I took roughly 75 grays from there annually, filling my freezer and eventually my cook pot.

In those woods my stalking skills were honed as I learned the habits of the local squirrel population. I also learned how to call them with a distress call that sounded like a young squirrel being taken by a hawk. The first time I used it I had an owl land on a branch about three feet above my head. I am not sure which one of us was surprised the most as we both exited the area quickly!

Squirrels are great to eat in stews, soups, baked and fried, just make sure you clean them well for pellets. My preference is to start them out in a pressure cooker as this tenderizes the tougher ones you occasionally get. From there the meat easily comes off the bones and then you can cook them however you want. I promise they are tasty, especially when processed properly.

If you have kids be sure and take them through the entire process from field to table. They’ll get a kick out of helping and brag about putting food on the table. My dad started me on squirrels, and I started my three sons on them as well. The memories and smiles are all worth it and will always be treasured. Squirrel hunting is a great beginning.