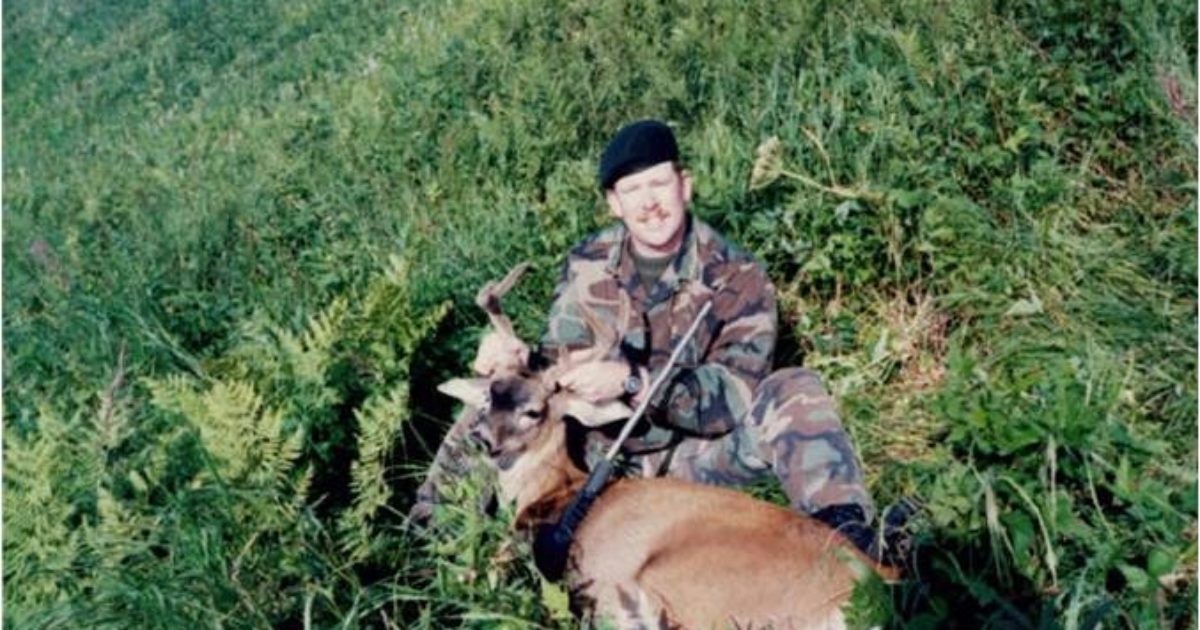 Surveying the green valley during the climb, it was hard to believe this was happening. It was August 1993, and this was my first big game hunt on the legendary Kodiak Island of Alaska. Hunting adventures here have been written about for many decades, mostly about the colossal brown bears that call it home. But on this hunt I was not after the browns, I was after the beautiful Sitka Blacktail Deer. At nearly 3600 square miles there is plenty of room to support the approximately 300,000 deer that live on it.

Never before had I ever deer hunted this early in any year, anywhere. Most states don’t have a season start until at least September and October is more common. But Alaska is different as it should be as there is no other place like it in the U.S.. The season ran from August 1st until December 31st and there weren’t separate seasons for archery, muzzleloader, or rifle. My weapon of choice was my new Browning A-Bolt Stainless Stalker in the venerable .338 Winchester Magnum.

Why deer hunt with such a larger caliber rifle you may ask? Let me remind you again of the approximately 3,000 brown bears that share the island with the deer. Stories abound of hunters losing their recently shot deer to bears, some called it “the dinner bell.” Some will tell you that the bears hear shots and come into the sound to claim the deer.

Personally, I don’t believe that theory because if that’s all there was to it, hunting a bear would be easy. All you’d have to do is sit on a hilltop and fire a bunch of shots until one came in. Bears are smarter than that and have incredible noses and able to smell blood from far away. I don’t know about you, but I’m not going to argue with a brown bear about who’s deer it is. If the bear beats me to it, it’s all his!

There are plenty of deer on Kodiak, go find another one, that is my philosophy. The Sitka looks like a short, stockier version of a mule deer. They have bifurcated antlers like mule deer and the Columbia Blacktail but not the length of either. Another commonality with all three species is the stotting or bouncing they do when they run away. All four feet come off the ground simultaneously which is an unusual sight, especially if you’re used to whitetails.

As my hunting partner Eric and I made our ascent up Barometer Mountain everything was green. Each time we stopped we scanned the area with our binoculars for deer in their summer coats. Their orange color easily stood out against the green as we saw several across the valley from us. At this time of year, the buck’s antlers were still in velvet and sensitive to mosquitoes and other biting insects. This was one reason they stayed high in the mountains in the wind to keep the bugs away.

The other reason was the bears were down below feeding on salmon in the rivers and streams. I agree with the staying high in the hills and mountains idea wholeheartedly. About halfway up the trail on Barometer, we glassed a beautiful buck about 500 feet above and west of us. He stood out like a sore thumb with the contrast of colors and was feeding alone. We planned to climb higher up the trail and then side hill across and above him.

It was difficult to keep an eye on him in the tall grass and shrubs he was feeding in. Moving slowly across the mountain, we didn’t want to spook him by accidently knocking rocks nosily downhill in his direction. Arriving at our predetermined spot, we found a small, flat bench jutting out from the mountain. Low crawling out to the edge of it so as not to silhouette ourselves, we found him directly below us. He was around 75 horizontal yards from us but steeply downhill.

I took my backpack off and used it as a snug shooting rest for my rifle and caught my breath. The buck had no idea we were even on the same mountain with him. Eric spotted for me as I prepared for the shot, adjusting my scope to 6 power and chambering a round. As I gently squeezed the round off I knew immediately I had made a mistake shooting over him. In my youthful excitement I had forgotten to account for the severe downhill angle of the shot.

Fortunately, the report of the rifle echoed in the valley, confusing the buck who just stood there looking around. I was not about to make the same mistake twice. Chambering another 250 grain Nosler Partition, I lowered the crosshair to the bottom of his chest and fired. During the recoil I vividly remember hearing the sound of the bullet striking home, right through the boiler room. When I returned to my original shooting position, I could see the orange buck flipping sideways down the green mountain.

Eric stood to watch through his binoculars while I readied myself for another shot that wasn’t going to be necessary. I had my first Alaskan big game animal! We took note of the last area we saw the buck and made our way down to find him. The grass was two to three feet tall where he’d been feeding and wasn’t nearly as easy to locate. Taking our time, we finally located him about 25 yards directly downhill from the shot location.

It was mid-afternoon as we snapped pictures and quickly started the process of field dressing and quartering the buck. We took turns standing guard with a rifle while the other worked on the deer. Neither of us wanted to be surprised by an inadvertent brown bear that might be up here. Placing the meat in game bags, we packed up and made our way back to the trail. Thankfully, we made the descent without incident, arriving back to our vehicle at the trailhead with sunshine to spare.

After arriving home, I started the rest of the butchering while Eric made us a fantastic meal of the heart. I had never had deer heart before and was pleasantly surprised by its flavor with caramelized onions. From field to table in one day, what a great first Alaskan big game hunt for the Alaskan deer. And as always, fantastic memories were made, and lessons learned.