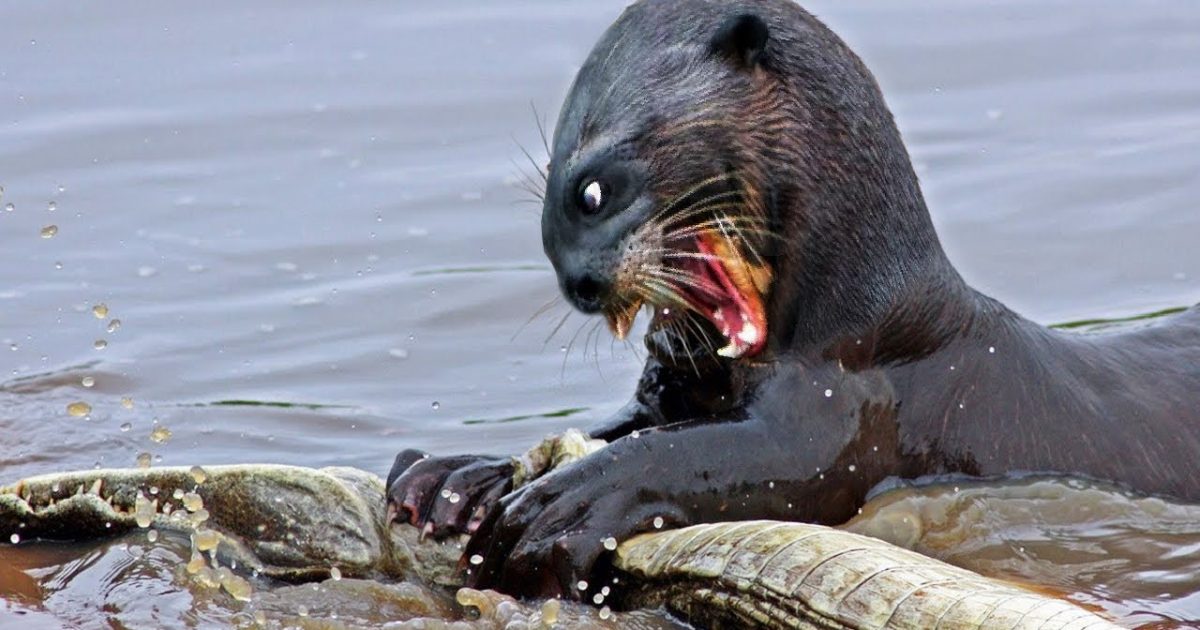 When one thinks about otters, you can’t help notice the fact that above all, they’re just so darned cute ! That may be the case with the smaller relatives of the giant river otter, but when it comes to ferociousness, no one even comes close and here’s the kicker…they travel in packs and when they’re in the neighborhood, primates and even other large river predators give them a wide berth .

Giant otters live in family groups which include monogamous parents and the offspring from several breeding seasons. They den by burrowing into banks or under fallen logs, and establish a home territory that they will aggressively defend.

Like most other otter species, giant otters come ashore to give birth. Females retreat to their underground dens and deliver litters of one to six young. Young otters remain in the den for a month but grow up quickly. After nine or ten months, it is difficult to tell mother from child.

Fish make up most of the giant otter’s diet. They hunt alone or in groups, sometimes using coordinated efforts, and must be successful often to meet their daily intake quota. Each animal may eat six to nine pounds of food per day. Fish are supplemented by crustaceans, snakes, and other river creatures.

The South American otter is the world’s largest and some can grow to be 6 feet long. It lives only in the rivers and creeks of the Amazon, Orinoco, and La Plata river systems of South America.