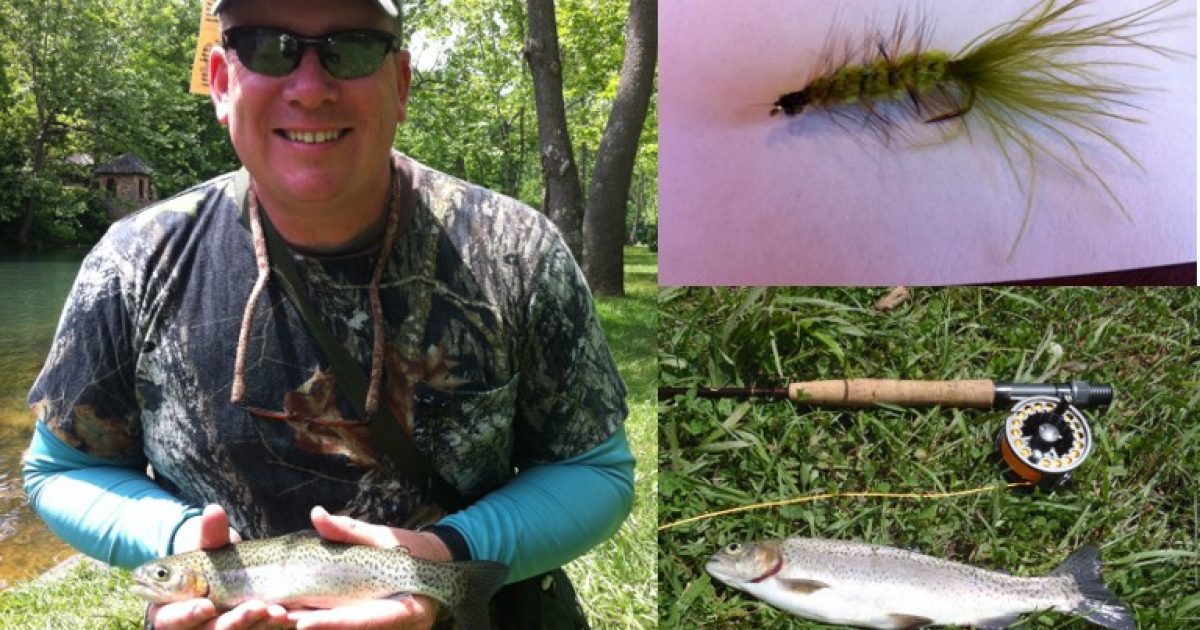 For those that haven’t tried fly fishing it can be intimidating. Most people have seen movies like “A River Runs Through It” and watched in awe at the beautiful casting. Even though Brad Pitt did some casting of his own, the shots that didn’t show his face weren’t him. They were done by a professional fly caster. But even that professional fly caster started as a beginner, not knowing what he was doing.

Personally, I have found fly fishing to be more intimate than regular fishing. You learn to not only read the water and what it’s doing, but the current entomology of the area. Those are both key to fly fishing and choosing the correct fly. Yes those are important in spin casting as well, but they’re engrained in fly fishing. But there is nothing like experiencing a rising trout sipping your dry fly from the surface.

Then there’s trips like I made into Rocky Mountain National Park with my buddy and fly fishing mentor Sam Erskine. It was a day trip in October 2017, and we were fishing one of the tiny streams in the flats. The stream was rarely wider than six feet but held lots of pressured fish, hiding under patches of ice. Our entertainment was an elk herd less than 100 yards away, being pushed back and forth by two competing bulls. Sam caught a small brook trout, I caught nothing, but it was still a great day.

Fisherman with spin casting or bait casting experience typically look at fly fishermen (and women) as odd. Mostly because they don’t understand the appeal. It doesn’t help that fly fishing has its own terminology/language that they don’t get. Fly fishermen talk about the weight and type of line they use, spin casters talk about line in test in pounds. Spin casters use lures, fly fisherman use flies.

Being a convert into fly fishing the first thing I would tell spin casters is that it’s the weight of the line that allows you to fly cast. They are used to casting heavy lures. If you try to “muscle through” casting a fly line it won’t work. Occasionally weight is added to fly line to get the flies down to where the fish are, but not always. It is all about technique and timing with lots of practice, but it’s not difficult.

Weather, especially wind, affects fly casting way more than spin casting where the lures are heavier and help compensate. Trees and brush along the banks of where you’re fishing also have greater impact on fly casting. The speed and types of currents in streams and rivers also influences your fly’s presentation to the fish. For these various reasons there are many different methods of fly casting, not just the traditional overhead cast. Casts such as the roll, reach, backhand, tuck, wind, and sidearm all have their useful place in your arsenal.

Besides learning fly casting, tying flies is also tons of fun and isn’t as difficult as it appears. The very first trout I ever caught was on an olive Woolly Bugger I tied in my first class (pics). There’s huge satisfaction in catching something on a fly that you’ve tied, it’ll make you smile big.

Another great pastime associated with fly fishing is learning how to build your own fly rod. It’s not near as difficult as it sounds and provides one more great satisfaction to this type of fishing. Like catching a fish on a fly you’ve tied, it’s also great excitement catching one a rod you built!

My suggestion is to find an organization, club or fly fishing shop that has instructors available to teach you. It’s much easier to have an experienced person to ask questions of while learning in lieu of watching a video. Remember to be patient “Rome wasn’t built in a day” and it’ll take time to get the hang of it. I will forever be grateful to Project Healing Waters Fly Fishing and the phenomenal people associated with it. Nothing but great friends and mentors for a lifetime of fly fishing adventures.