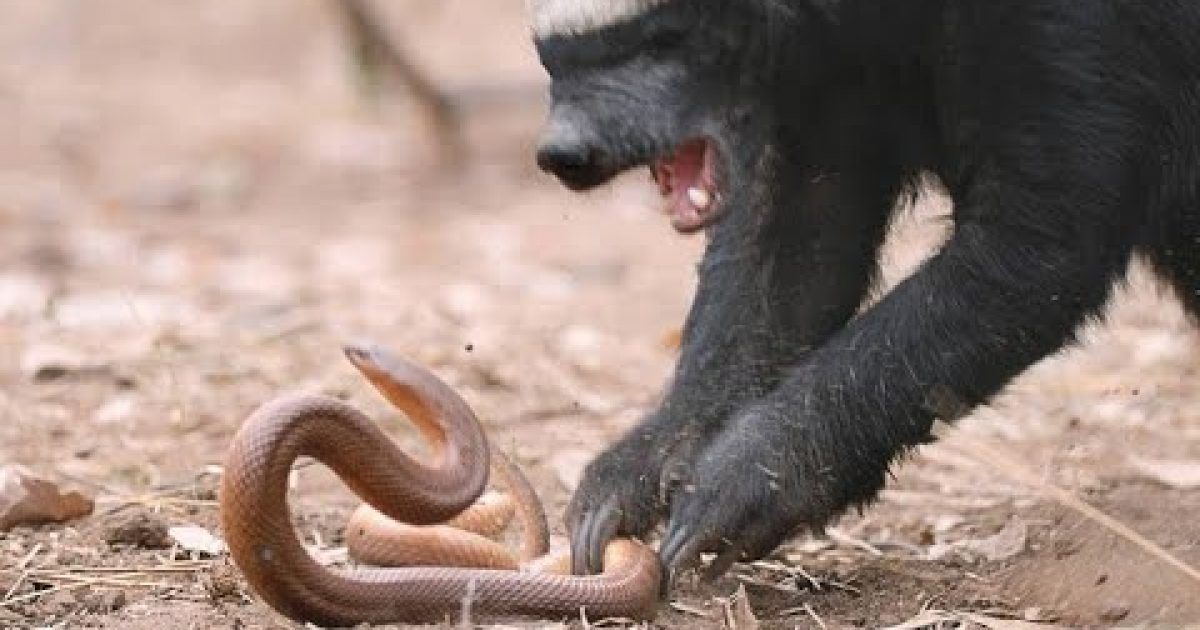 You would think that with a name like “Honey Badger”, one would be referring to a sweet cuddly little furry critter, but don’t let it’s name fool you, the Honey Badger is one of the fiercest animals in the world. While not very big, what they lack in size, they more than make up for in attitude. Not only is its skin tough, it’s loose enough that a honey badger can turn around in it and bite its attacker. And speaking of bites, the honey badger can survive the bites of some very dangerous creatures. They eat scorpions and snakes, and they have an unusually strong immunity to venom.

Regarding the Mole Snake…while Mole snakes are not venomous, but can deliver a pretty nasty bite – often requiring stitches and leading to infection. In the wild, they can be very aggressive if threatened. They have about 120 teeth in their mouths, when they bite they chew like a cow (isn’t that interesting)! The mole snake can be “quite ferocious”. They are powerful constrictors, feeding mainly on golden moles and other rodents. Mole snakes burrow through sand and spend much of their time underground, but can be seen basking in the sun. In the south of South Africa mole snakes tend to be black or dark brown, while in the north they are brown, reddish brown, yellow or grey. Mole snakes hiss loudly and strike when threatened.

Watching these two creatures square-off should be pretty interesting, so grab some popcorn and a can of pop and kick-back and enjoy the show.