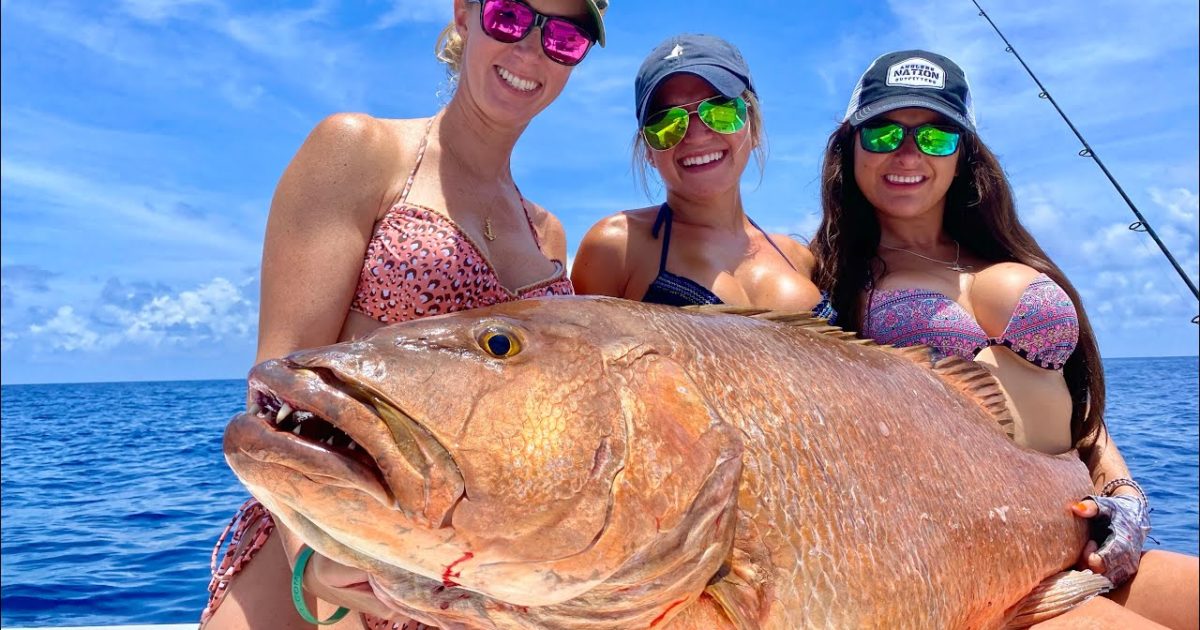 What’s more fun than being fishing on a boat in the ocean surrounded by really hot women in bikinis you may ask…well nothing as far as I know (unless you’re blind, deaf and dumb). And that’s exactly what we have here with Vicky Stark and her friends, it doesn’t get much better than that my friends. On today’s adventure, Vicky and company are out fishing in Key West and snapper is the target. Key West is located at the end of the Florida Keys – a chain of small, coral islands which extend from the southern tip of the State of Florida. The historic, tropical island of Key West lies at latitude 24 degrees, 34 minutes – making it the southernmost point of the continental United States.

The Red Snapper (Lutjanus campechanus) is among some of the most cooperative and best eating fish in the waters of Key West. Although the Federal government has protected this fish far beyond what most fishermen on both coasts of Florida consider responsible, we still have been given small windows of harvest. The state of Florida has been far more reasonable with an open season year around in state waters.

The Red Snapper has increased in both size and numbers that rival that of the “old days”. They are caught in high numbers throughout most of the year on bait as well as jigs and sometimes flies. Their high numbers are sometimes a problem while fishing for other species, i.e. Mutton Snapper and groupers.

These fish average 10 to 15 pounds, and range up to the I.G.F.A. world record 34lb giant landed by Kevin Lockwood. They are one of the most beautifully colored of the bottom fish and offer some of the finest eating of any fish in the waters of either coast. Their red coloration is unmistakable.

Red Snapper are a very aggressive species. They are known to attack bait without thinking twice, and are definitely not timid. If you watch our Fishing Videos you can see just how curious the Red Snapper is. Large Red Snapper are known to inhabit many different areas of the Gulf of Mexico and are commonly fished for around oil rigs.

Red Snapper are not hard to catch. Live bait, dead bait, jigs, lures and more can be used to catch Red Snapper. Their aggressive nature and fearless attitude make them an easy target for anglers. They seem to eat first and ask questions later. Red Snapper roam in large schools and once you are on the right spot it can be non-stop action catching them.

Okay, now that you’re up to speed on the catch, kick back and enjoy the video.