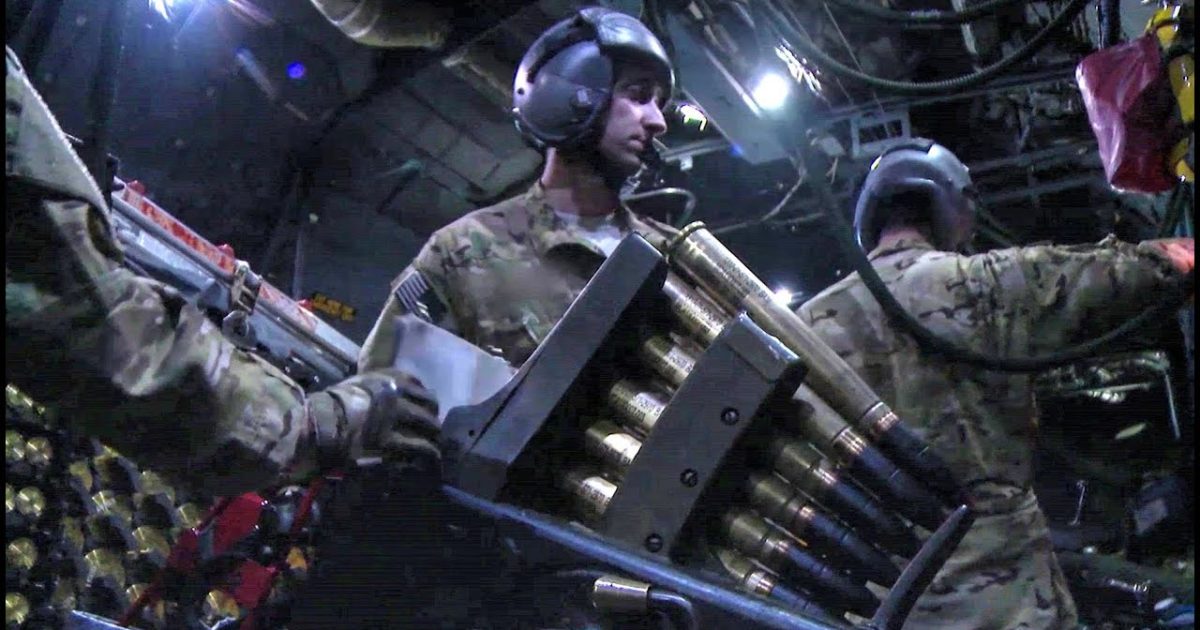 If you are part of ground troops engaged in an assault on an enemy position, nothing makes you feel more secure than a piece of  artillery flying above your head. And that’s where the AC-130 gunship comes in, this aircraft is literally “loaded for bear” and can virtually reign death from above on your enemies.

The Lockheed AC-130 gunship is a heavily armed, long-endurance, ground-attack variant of the C-130 Hercules transport, fixed-wing aircraft. It carries a wide array of ground attack weapons that are integrated with sophisticated sensors, navigation, and fire-control systems.

The AC-130 is the world’s biggest flying artillery gunship – nicknamed ‘Hell in the Sky’. ‘With three side-firing weapons, a 25mm Gatling gun, a 40mm Bofors cannon, and a 105mm howitzer, it’s easy to see why it got its name.

The gunship’s AC identifier stands for attack-cargo. The aircraft is powered by four turboprop engines and has a flight speed of 300 mph and a flight range of 1,300 miles, depending on weight. The AC–130 gunship’s primary missions are close air support, air interdiction and force protection.

As you will see in the video below, this aircraft is one “bad-ass” piece of machinery and it’s no wonder that when it’s called in to strike an enemy position, why it makes the bad guys crap their pants !!!