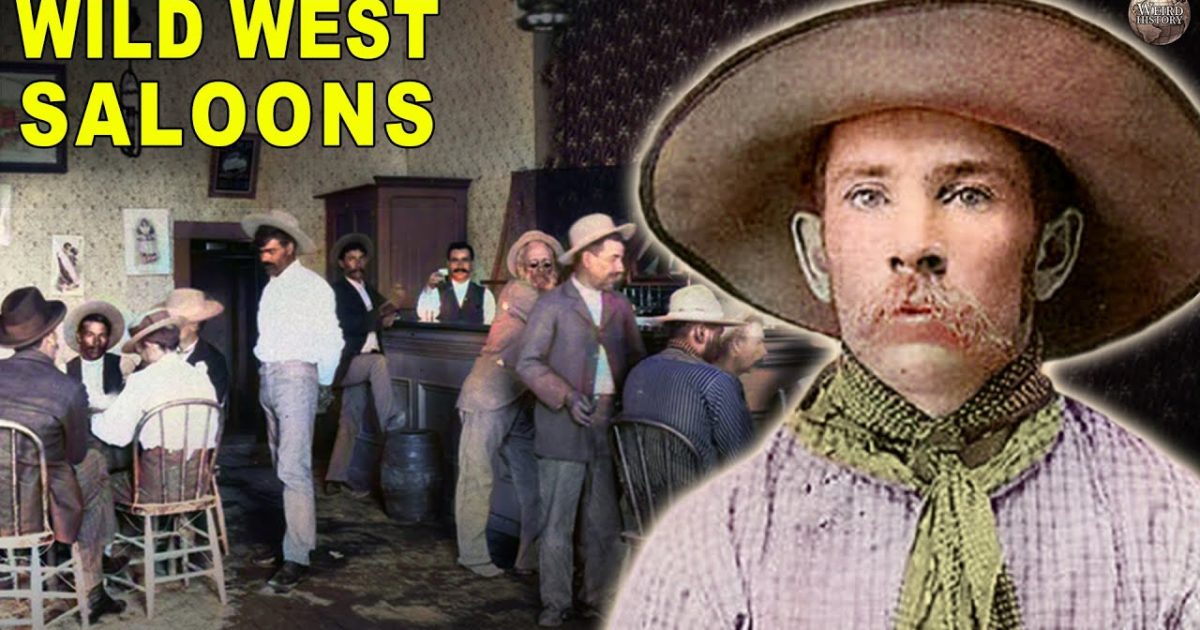 Who hasn’t watched a movie, or television show about the old west, that subject is literally the quintessential description of America. Even when I was in the U.S. Army, stationed in West Germany in the mid 1970’s, if you turned on a German television, it wasn’t uncommon to see an old John Wayne movie, or the old television show “Bonanza” (all spoken in German). That’s how much impact the American West has had on world history. And in every single movie or T.V. show, the depiction of the “saloon” was seen. In fact, I can’t think of any movie about the old west, where there wasn’t a “saloon fight” scene.

When we think of saloons in the old west, images of spittoons’, dancehall girls in skimpy outfits and drunken cowboys abound, the reality however, is quite far from the images depicted in films and television shows. Saloons were once everywhere in America, from urban alleys to rural crossroads. They were about more than drinking; from the 1860’s through 1920, they dominated social life for the laboring majority building a new industrial nation.

In the old west however, cowboys never had a reputation for being very sophisticated connoisseurs. The whiskey they drank was simply fuel for the saloons’ many other pastimes, whatever those happened to be. Quality and flavor among whiskies in the late 1800s varied widely. There were few regulations about how the stuff should be made. Truth be told, most of the “whiskey” that cowboys drank, was almost what we today would call poison, not only would it get you drunk, but it could almost blind you, hence the old saying “blind drunk”.

A question alot of people ask, is; did the saloons in the old west really have swinging doors at the entrance?  They were practical because they provided easy access, cut down the dust from the outside, allowed people to see who was coming in, and provided some ventilation. Most importantly, it shielded the goings-on in the saloon from the “proper ladies” who might be passing by. Most saloons however, had actual doors. The one thing that was almost certain was, the traditional price for a bottle of cheap whiskey in a cowboy saloon was two bits (25 cents), that might sound cheap to you and me, but in the old west, cash money wasn’t prevalent to most folks like farmers and cowhands.

I could go on about this subject, but I don’t want to cause disillusion amongst any of you, instead, just watch the video and see for yourself…”partner”.